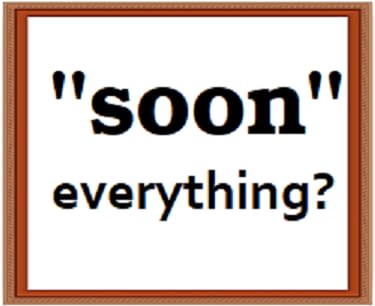 A major difficulty in understanding Revelation is figuring out what time period the book is predicting. The preterist view says that nearly all the book predicted events surrounding the destruction of Jerusalem in A.D. 70. The historical view says that events throughout history are predicted — from the time John wrote to the end of the world. In Insight 178, I explored two arguments, out of many, in favor of the historical view.

The opening verses of Revelation present one of the strongest arguments in favor of the preterist view. They tell us Revelation was predicting “things which must shortly come to pass… for the time is at hand” (or “soon take place… the time is near”) (1:1-3). Other verses have a similar message. Are such verses enough to conclude that the predictions in Revelation were to be fulfilled in the first century?

Before jumping to conclusions, let’s jump to the final chapters of Revelation: “And the devil that deceived them was cast into the lake of fire and brimstone… and shall be tormented day and night for ever and ever. And I saw a great white throne… And I saw the dead, small and great, stand before God… and death and Hades delivered up the dead which were in them: and they were judged every man according to their works. And death and Hades were cast into the lake of fire… And I saw a new heaven and a new earth: for the first heaven and the first earth were passed away… and there shall be no more death, neither sorrow, nor crying, neither shall there be any more pain: for the former things are passed away” (20:10-21:4).

Who can miss these clear predictions of the end of this world?Actually, some do “miss” it. “Full preterists” teach that all these things were fulfilled in the first century. They teach that there is no future coming of Jesus, no future resurrection of physical bodies, no future general judgment. Full preterism has taken the “soon/near” concept to an extreme that most believers reject. This is a whole subject in itself — beyond the scope of this Insight.

The point in this Insight is that most believers, including “partial preterists,” believe the book of Revelation contains at least some predictions which have not yet been fulfilled. If that be true, it seems we have no choice but to recognize that “soon take place” means the predictions at the beginning of the book would soon take place, although the book takes us to the end of the world. Stated differently, “soon take place” must mean “soon begin to take place.” The fulfillment of these prophecies were about to begin when John wrote. But since they do not end until the world ends, the predictions cover a period of at least nineteen centuries.

Kenneth Gentry, a partial preterist, believes most of Revelation was fulfilled in the first century, but that some is yet future. To emphasize his view, in his chapter dealing with “shortly,” “near,” etc., in “The Beast of Revelation,” he writes: “In light of the clear and emphatic textual evidence, the honest interpreter of Revelation should recognize that John expected his prophecies to begin taking place very soon after he wrote” (pg 31). Did you notice he said “begin taking place”? In “He Shall Have Dominion,” he writes: “Although the vast majority of Revelation focuses on events that will occur ‘soon’ (Rev. 1:1, 3), this section on the thousand years begins, but is not completed, in the first century. It projects itself into the distant future” (pg 415). Once again, he says “begins,” and then adds, “projects itself into the distant future.”

If you stop and think about it, once you agree that some predictions in Revelation have not yet been fulfilled, there is no warrant to apply the “soon/near” concept to “the vast majority” of the book’s predictions. All that is necessary is to accept that the predictions begin to be fulfilled soon after John wrote. With that as the beginning point and with the end of the world as the ending point, there are over nineteen centuries of the gospel age in which to consider fulfillment of the many predictions of the book. That takes us back to the considerations in Insight 178, which shows the historical view better fits Revelation than the preterist view. That’s how I see it. How about you?