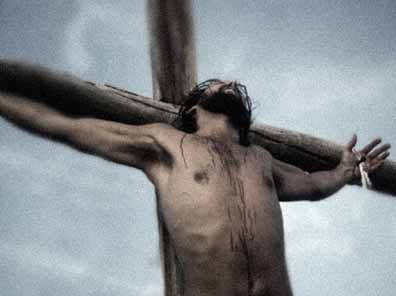 Have you ever felt forsaken by God? Have you known the anguish? Meditate on Psalm 22; it contains strikingly detailed predictions. However, the Psalm’s main thrust is a glimpse into the inner suffering of Messiah.

Suspended between heaven and earth, Jesus cried out: “My God, my God, why have you forsaken me?” (Mark 15:34). These are the opening words of Psalms 22. They depict inexpressible agony. It would be hard to find words anywhere in Scripture that express more deeply what Jesus suffered on the cross.

It is often said that Jesus suffered more than any mere human. However, this is not true if we consider only His physical suffering. Make no mistake about it: crucifixion is very cruel. Nevertheless, in modern times, as in ages gone by, man has devised torture methods far worse than crucifixion. And, who would disagree that the prolonged unbearable pain of various terminal illnesses is far worse than one day of crucifixion! The Bible acknowledges that fast death is better than slow death: “They that be slain with the sword are better than they that be slain with hunger” (Lam. 4:9).

This is not to minimize the physical suffering of Jesus. It was real and it was awful. It was more than most of us will ever suffer in this life. His suffering, however, was not just of the body; it was also of the spirit. It is true that we mortals often suffer in the spirit, too; but are we capable of suffering in the spirit what He suffered?

Many of the verses of Psalm 22, from 1 to 21, express the utter shame the Son of God suffered. Instead of being praised and glorified by the people, He was “a reproach of men, and despised of the people. All they that see me laugh me to scorn” (22:6-7). Many of us know what it means to be rejected by others; but we are mere humans who are rejected by other humans. He was (is) the eternal Word and Creator being rejected by His own creation. How can we understand how that felt to Him!

Throughout the Psalm, those who rejected Jesus are called bulls, lions, and dogs. These “animals” fulfilled prophecy by using the words of verse 8: “He trusted on the Lord that he would deliver him: let him deliver him” (see Matt. 27:43). Matthew adds their own additional words: “for he said, I am the Son of God.” How many of us can bear a challenge to our authority, ability, or knowledge? We fight back; yet He answered not a word, nor did He use His power to come down off the cross. He bore the shame for you and for me. It was not the nails, but love that held Him to the cross.

The last ten verses of the Psalm have a very different theme — a theme seen briefly in various earlier verses. It is a message of victory, of God hearing the Messiah’s cry, of God’s help for the afflicted One. It is a call to praise, glorify, fear, and worship the God of Heaven who answered the Messiah’s cry. Although these verses do not say so directly, they presuppose the resurrection of the Messiah. Jesus did not triumph by yanking himself off the cross. Rather, He triumphed by yielding to the cross so that He could be buried and then rise from the dead!

Psalms 22 gives good prophetic insight into the suffering the Messiah would endure. However, it does not answer the opening question: why He was forsaken. To find the “why” in prophecy, you can turn to that famous chapter: Isaiah 53. To hear the “why” from Jesus’ lips, we turn to Mark 10:45: “For even the Son of man came not to be ministered unto, but to minister, and to give his life a ransom for many.” Psalm 22 does not predict the “why.” Rather, it predicts the agony involved in making the “why” possible. No wonder Jesus prayed in the Garden: “Let this cup pass from me.” Thank God that He added: “Not as I will, but as You will.”