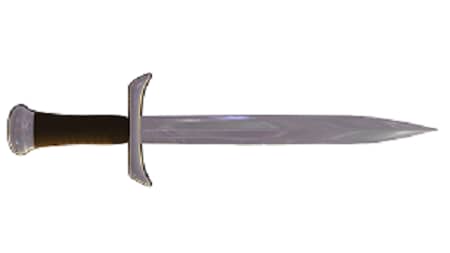 There is finality in the death penalty. Once done, it cannot be undone. No new evidence, no new trial, no new court order, nothing in the power of mankind can bring the accused back to life.

Is this fair? Is it justified? In today’s world, the issue is hotly debated; sentiments and laws flow to and fro. Meaningful arguments can be heard on both sides. In this Insight, I shall not attempt to examine all those arguments. For the Christian, God’s Word has the last word. Even then, there appear to be arguments on both sides. Let’s approach the issue via an historical overview of Scripture.

Who does not know that the first child born into this world was a murderer! God set a curse upon Cain so that the earth would not yield its produce to him and that he would be a vagabond. Far from instituting the death penalty, God decreed that “whosoever slays Cain, vengeance shall be taken on him sevenfold. And the Lord set a mark upon Cain, lest any finding him should kill him” (Gen. 4:11-15). God punished, but protected, the first murderer!

Origin of the Death Penalty

Fast forward multiple hundreds of years, until wickedness on earth was so great that God applied the death penalty to the entire human race — except for Noah and his family. Among the prevalent conditions at the time, “the earth was filled with violence” (Gen. 6:11). When the flood subsided and Noah came out of the ark, offering burnt offerings, God promised to never again destroy the world with a flood (9:8-17). A lesser known fact at the same time is that God mandated the death penalty. It was limited to one cause: murder. “At the hand of every man’s brother will I require the life of man. Whoso sheds man’s blood, by man shall his blood be shed: for in the image of God made he man” (9:5-6). There were only eight people left in the whole world, from whom we all have descended. The inescapable conclusion is that this ordinance was given to the entire human race.

More hundreds of years passed until the Lord chose Moses to lead his people out of Egypt and to give them a law on Mount Sinai. Anyone who has a basic knowledge of the OT knows that the law of Moses mandated the death penalty for multiple reasons. No one denies that; quoting verses is unnecessary.

When we jump forward another fifteen centuries, Jesus comes on the scene, and there are drastic changes. Some of His best-known teachings are found in what is commonly called The Sermon on the Mount:
“You have heard that it has been said, An eye for an eye, and a tooth for a tooth: but I say unto you, that you resist not evil: but whosoever shall smite you on your right cheek, turn to him the other also… Love your enemies, bless them that curse you, do good to them that hate you, and pray for them which despitefully use you, and persecute you… Judge not, that you be not judged… If you forgive not men their trespasses, neither will your Father forgive your trespasses” (Matt. 5:38, 39, 44; 7:1; 6:15).

Turn the other cheek; love your enemy; forgive. All so contrary to human nature. All so difficult to put into practice. Yet, Jesus not only taught it, He practiced it. This is seen ever so vividly after He was unjustly beaten, mocked, and nailed to a cross: “Father, forgive them; for they know not what they do” (Luke 23:34). As Peter later wrote: “Christ also suffered for us, leaving us an example, that you should follow his steps: Who did no sin, neither was guile found in his mouth: who, when he was reviled, reviled not again; when he suffered, he threatened not; but committed himself to him that judges righteously” (1 Pet. 2:21-23).

“That was Jesus,” you say. But what did the inspired apostles teach once the New Covenant came into force following the resurrection and ascension of Jesus? Well, in the passage just quoted, Peter said that Jesus left us an example to follow. Paul elsewhere said: “See that none render evil for evil unto any man; but ever follow that which is good, both among yourselves, and to all men” (1 Thess. 5:15). In full agreement with Jesus’ words.

Even in more detail, Paul exhorted the Romans: “Bless them which persecute you: bless, and curse not… Recompense to no man evil for evil… If it be possible, as much as lies in you, live peaceably with all men. Dearly beloved, avenge not yourselves, but rather give place unto [leave room for] wrath: for it is written, Vengeance is mine; I will repay, says the Lord. Therefore if your enemy hunger, feed him; if he thirst, give him drink: for in so doing you shall heap coals of fire on his head. Be not overcome of evil, but overcome evil with good” (Rom. 12:14, 17-21). What a different world this would be if we only lived by this high moral standard!

But wait a minute. Paul did not write to the Roman brethren in chapters and verses. Our 12:21 is immediately followed by our chapter 13: “Let every soul be subject unto the higher powers… For rulers are not a terror to good works, but to the evil… if you do that which is evil, be afraid; for he bears not the sword in vain: for he is the minister of God, a revenger to execute wrath upon him that does evil… for this cause pay tribute also” (13:1-6). Who are the “rulers” discussed here? Many evil civil rulers are the opposite of what is indicated here. They are “a terror to good works,” even persecuting Christians. But many wicked church leaders have also persecuted true Christians. Therefore, this text is not talking about what actually does happen, but rather of what should happen — what God’s design is.

With that understood, what then is the “sword” mentioned? Could these verses be talking of bishops in the Lord’s church wielding the sword of the Spirit? Notice how Paul elsewhere outlined the work of bishops: “A bishop must be… holding fast the faithful word as he has been taught, that he may be able by sound doctrine both to exhort and to convince the gainsayers… whose mouths must be stopped” (Titus 1:7-11). It’s a matter of teaching the Word, exhorting and convincing, in such a way as to stop false teaching.

In contrast, Romans 13 is talking of rulers who bear the sword as “a revenger to execute wrath.” We conclude that the text is speaking of civil rulers, a conclusion further confirmed by the money involved. It does not talk of offerings, but rather “tribute,” as in “give tribute to Caesar” (Luke 23:2). Outside of three times in Romans 13:6-7, the Greek word here rendered “tribute” is found elsewhere only twice in the NT, both times in Luke (20:22 and 23:2). In both these latter texts it speaks of tribute to Caesar. In plain words, “tribute” in all five cases is “taxes.” And that is exactly how many versions render the word in all five cases. No question: Rom. 13:1-6 is discussing civil rulers, earthly government.

Notice that the civil ruler is a minister (servant) of God, whether he acts like it or not. They are not supposed to be “a terror to good works,” but they may be. This text is telling us that civil government is ordained by God. Think of it. Without civil government, what do you have? Anarchy, just as we see today in various places in the world. Jesus did not come to overthrow Caesar, to overthrow civil government. Rather, when they tried to corner Him on the issue, using payment of taxes as the test case, Jesus gave that famous reply: “Render therefore unto Caesar the things which be Caesar’s” (Luke 20:25). Jesus recognized the rightful place of Caesar, wicked or not. Keep in mind that Paul’s letter to the Romans was written to Christians living in the pagan capital of the Roman Empire. And he wrote the epistle during the reign of none other than Nero!

The civil ruler is God’s minister or servant. He is authorized by God to punish evil doers, even to the extent of using the sword, which is an instrument of death. Based on Romans 13, how can anyone deny that the death penalty is within God’s design for civil government? But you ask, “How can that be harmonized with Romans 12?” An excellent question.

Putting It All Together

Have you ever considered the contrast between the pronouns, and therefore the applications, of chapters 12 and 13? In chapter 12, the pronoun expressed or understood is “you.” In chapter 13 it is “he,” or “it,” or “they,” expressed or understood. Without this distinction, the chapters do contradict each other. Notice 12:19: “Dearly beloved, avenge not yourselves, but rather give place unto wrath: for it is written, Vengeance is mine; I will repay, says the Lord.” This is addressed to “yourselves,” “dearly beloved,” Paul’s brethren in Rome. But in chapter 13, Paul speaks about civil rulers, not as “you rulers,” but as “he” or “they.” And 13:4 says, “he bears not the sword in vain: for he is the minister of God, a revenger to execute wrath upon him that does evil.” Let’s put 12:19 and 13:4 together. In the first case, Paul tells the Christians to not avenge themselves because vengeance belongs to God. The Christian is not to take vengeance, but to let God do that. In the second case, Paul tells us that civil rulers are God’s ministers to render vengeance. This leads us to the conclusion that one of the ways God renders his vengeance is through civil rulers.

The behavior of the apostle Paul is a good example of the principles involved here. Paul never ever incited Christians to take up arms to defend him against the Jews. On the other hand, anyone who has read Acts knows that Paul did accept and even sought the protection of the Roman authorities, with their swords (Acts 23:12-24; 25:6-12).

In brief, difficult and unnatural as it may be, Christians should return good for evil, leaving vengeance to God. And, one of the ways God takes vengeance on evil doers is through his ministers — the civil rulers — who bear the sword. The death penalty is ordained by God from the time of Noah until Jesus returns. That’s how I see it; how about you?