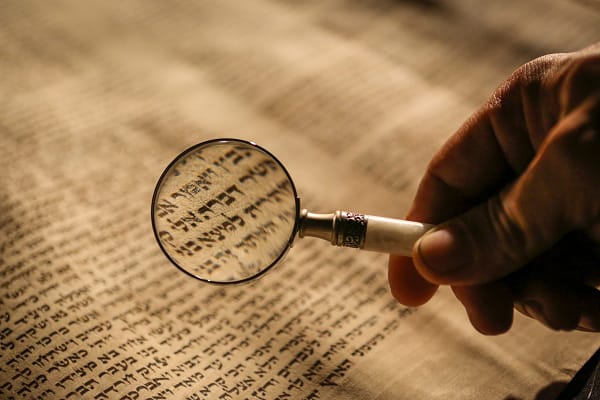 A young Bedouin shepherd scrambled up the cliffs above the Dead Sea searching for a lost goat. When he spotted a cave and tossed in a rock, he heard earthenware shatter. Inside the cave he found jars containing ancient scrolls. It was 1947. By 1956, eleven caves had yielded thousands of parchments from small fragments to entire scrolls. Scholars dated them from about 250 B.C. to A.D. 70.

Why Was This Significant?

Included among some 800 Hebrew manuscripts are portions of every Old Testament book except Esther. Before that, the oldest Hebrew OT manuscripts known to scholars were copied about A.D. 900. With the Dead Sea Scroll discoveries, scholars had before their eyes copies of OT books that were copied before the birth of Jesus. Naturally, everyone was interested to learn how much difference there was between the Dead Sea Scrolls and our current Bibles.

The accusation is often made that we cannot trust the Bible because we do not possess the original manuscripts. It is pointed out correctly that men made copies of copies of copies. How do we know they didn’t make mistakes or even make changes on purpose? A fair question. Before the invention of the printing press, everything had to be laboriously copied by hand. That was wide open for mistakes and even for making changes.

Thanks to the Hebrew scrolls found by the Dead Sea, scholars had the opportunity to compare the oldest copies they already had with these copies that were made one thousand years earlier – made before Jesus came to earth. Were differences found? How many changes took place in one thousand years of copying? Let’s start with one example. Arguably, the most amazing find was a virtually complete copy of the book of Isaiah dated about 125 B.C. At the time the scroll was made available, scholars were working on the Revised Standard Version of the Bible. As a result of the Dead Sea Scroll of Isaiah, translators made only thirteen changes in the entire sixty-six chapters of Isaiah – all tiny, technical changes that most of us would not even notice.

Some critics claim that early Christians altered the Old Testament in order to fit their ideas of Jesus. What does the Dead Sea Scroll of Isaiah tell us? Keep in mind that Isaiah offers so many predictions of Jesus that he is often called the Messianic prophet. Now we have proof that the book of Isaiah in our Bibles is substantially the same as the book of Isaiah copied a century before Jesus. The early Christians did not alter Isaiah to fit the facts of Jesus’ life. Rather, the Old Testament was written by men who had supernatural foreknowledge.

James C. VanderKam, professor emeritus of Hebrew Scripture of the University of Notre Dame, was a member of an editorial committee that prepared Dead Sea Scrolls for publication. In his prize-winning book, Professor VanderKam wrote: “Once scholars had had opportunity to study the great Isaiah scroll from Cave 1 (1QIsaa, copied in approximately 100 B.C.) and to compare it with the Masoretic [Hebrew] Text, they were impressed with the results. Despite the fact that the Isaiah scroll was about a thousand years older than the earliest surviving copy of the Masoretic version of Isaiah, the two were usually in very close agreement except for small details that rarely affect the meaning of the text… Many of the new scrolls do belong to the same textual tradition as the Masoretic Text. They are, however, centuries older and thus demonstrate in a forceful way how carefully the Jewish scribes transmitted that text across the years” (The Dead Sea Scrolls Today, Second Edition, James C. VanderKam, 2010, page 162).

Note: “Masoretic Text” is the term scholars use for the traditional Hebrew OT. The term comes from a group of Jewish scholars known as the Masoretes, who were the ones who produced the oldest Hebrew manuscripts of the OT available to us before the discovery of the Dead Sea Scrolls.

Amazing! “Of interest only to scholars.” What does that mean? It means that during one thousand years of copying, there were no great differences between the manuscripts before and after the thousand years. Can’t trust copies of copies of copies? The hard facts prove that idea to be fiction. Some differences? Of course. But nothing to change the basic truths of our Bibles.

The Dead Sea Scrolls are also important for what they tell us about the Septuagint, the translation of the Hebrew OT into Greek, which was made in the third and second centuries before Christ. Scholars and some of us Bible students have long been aware that there are some differences between the Hebrew OT and the Greek Septuagint. This explains why some NT quotations of the OT don’t quite match up with our OT, which is basically a translation from the Masoretic Hebrew. The NT quotations are most often in agreement with the Septuagint text. If you have a Bible with extensive footnotes, you will sometimes notice a variant reading found in the “LXX.” That’s the Roman numeral for “seventy.” It’s the common abbreviated way to identify the Septuagint.

Bear in mind that, for the most part, we are talking about differences that the majority of us would never even notice. We are talking mainly of details, just like the details you may have noticed between, for example, the New King James Version and the New American Standard Version or the New International Version. Even though the Septuagint is a translation (just as our various English versions are), the Dead Sea Scrolls have proven that the Septuagint is a better translation than was previously thought. And since NT quotes of the OT are usually from the Septuagint, this is an additional reason to deeply appreciate the discovery and study of the Dead Sea Scrolls.

The Evidence Is In

For some people all this evidence makes little difference. Mark Twain once said: “It ain’t those parts of the Bible that I can’t understand that bother me, it is the parts that I do understand.” Often people doubt the Bible, not because there is a lack of evidence for its trustworthiness and divine inspiration, but rather because it judges the way we behave.

Last eve I paused beside a blacksmith’s door
And heard the anvil ring the vesper chime;
Then, looking in, I saw upon the floor
Old hammers worn with beating years of time.

“How many anvils have you had?” said I,
“To wear and batter all these hammers so?”
“Just one,” said he, and then with twinkling eye,
“The anvil wears the hammers out, you know.”