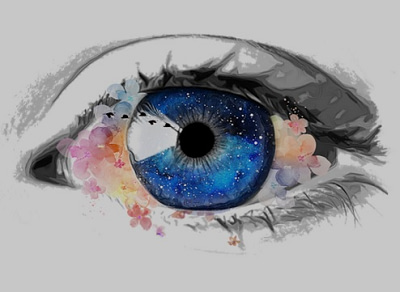 What must I do to be saved? Some reply that faith (belief) is the only requirement. Others, more correctly, reply that we must hear, believe (have faith), repent, confess, be baptized, and continue faithfully. Did you notice what is missing from both replies? That’s right. Love! We all know the great love chapter: 1 Cor. 13. And we know the climax of that chapter: “now faith, hope, love, abide these three; but the greatest of these is love.” As important as faith is to salvation – and I don’t want to minimize it – love trumps faith. The Holy Spirit has spoken.

… But Not All Love Is Good

However, love – any love – is not the greatest. Our love can be headed in the wrong direction by loving the wrong things. Yes, in fact, love can ruin us. The question is, who and what do we love?

The apostle John warned, “Do not love the world nor the things in the world. If anyone loves the world, the love of the Father is not in him” (1 John 2:15). Loving God is the greatest. But loving the world nullifies this greatest love whether we realize it or not.

What is meant by loving the world? John, by the Holy Spirit, gives these details. “Do not love the world nor the things in the world… For all that is in the world, the lust of the flesh and the lust of the eyes and the boastful pride of life, is not from the Father, but is from the world” (1 John 2:15-16). Did you ever notice that this three-fold division precisely parallels Eve’s temptation? “The woman saw that the tree was good for food, and that it was a delight to the eyes, and that the tree was desirable to make one wise” (Gen. 3:6).

John’s three-fold list can also be compared to Jesus’ three temptations after his baptism. It takes a little more thought to decide which of John’s three matches which of Jesus’ three. There may be some overlapping, but the three elements are there. We sometimes have difficulty accepting the idea that Jesus was “one who has been tempted in all things as we are” (Heb. 4:15). We can name specific situations we face that Jesus did not face. For example, he was never a husband, never an aged man. We can name many things that can be a source of temptation today that did not exist in Jesus’ day: tobacco products and electronic devices, for example. Hebrews 4:15, just quoted, forces me to believe that many seemingly different temptations nevertheless fall into basic categories, and that Jesus was tempted in all the basic categories. John’s first epistle has given us a list of basic categories.

The word “lust” means “desire, craving, longing, desire for what is forbidden.” Sometimes it is used of desire in a good sense. Usually, however, it has the connotation of a bad desire, a desire for what is forbidden. John lists the lust of the eyes as one of the basic elements of loving the world. Is this the one of the three that we miss the most?

The eyes. “I’m not doing anything. I’m just looking.” At what? How long? What for? The eyes are the windows of the soul, of the heart, of the mind. Some would say that eyes do not “see”; it is the mind that sees – eyes without a brain see nothing. Retinas, optic nerves, and all that biology aside, what the eyes see, the mind considers, the mind analyzes. The mind may enjoy what the eyes see, may be disgusted by it, may be indifferent to it, or whatever. One thing is certain: “Sheol and Abaddon are never satisfied, nor are the eyes of man ever satisfied” (Prov. 27:20).

Why is it that a traffic accident on one side of the Interstate causes the traffic to back up on both sides? We all know why. And what happens when three pranksters stand on a busy street corner looking up? Many passersby cannot resist. We must look up to see what it is. Scripture and experience agree: our eyes are never satisfied. But John warns us about that. That which is a most wonderful and necessary human capability can be perverted by “lust,” desire. In plain language, we can sin with our eyes.

The Eyes and Sexual Sin

When we attempt to detail what constitutes “the lust of the flesh,” most likely one of the first things listed is illicit sex. I say “illicit,” because just like hunger, it is God who inserted the sex drive into both animals and humans. Sex in marriage is not just allowed by God; it is commanded. Consider Gen. 1:28 and 1 Cor. 7:1-7. The sexual relationship in marriage is a beautiful and powerful blessing. The problem, as any Christian knows, is that God prohibits sexual relations outside of marriage. “Marriage is to be held in honor among all, and the marriage bed is to be undefiled; for fornicators and adulterers God will judge” (Heb. 13:4).

The eyes often provide the springboard to the act. A man sees a beautiful woman. Or he sees an average woman with a beautiful body. Or he sees any kind of woman whose clothing is too tight, too short, or too thin. Actually a man doesn’t even have to see in order to lust after a woman. But seeing accentuates the desire. Madison Avenue knows all about it!

King David’s adultery and murder all began with the lust of the eyes. “Now when evening came David arose from his bed and walked around on the roof of the king’s house, and from the roof he saw a woman bathing; and the woman was very beautiful in appearance” (2 Sam. 11:2). “He saw.” What David needed at that moment was Job’s commitment: “I have made a covenant with my eyes; how then could I gaze at a virgin?” (Job 31:1). And Bathsheba wasn’t even an available virgin!

Jesus addressed this universal visual temptation of males: “I say to you that everyone who looks at a woman with lust for her has already committed adultery with her in his heart” (Matt. 5:28). “Looks… with lust.” Reminds me of 2 Pet. 2:14: “eyes full of adultery.” Jesus says that looking with lust is a sin by itself, without committing the act: “committed adultery with her in his heart.” Seeing, in itself, is not sin – unless one is seeking to see. In today’s world, seeing cannot be avoided, even in church. It’s what one willfully does in the mind that is the issue. This is predominately, but not totally, a male temptation.

The usual temptation of girls and women is the other side of the coin – not looking, but fixing themselves to be looked at. That’s why the NT addresses the ladies in regard to dress: “I want women to adorn themselves with proper clothing, modestly and discreetly, not with braided hair and gold or pearls or costly garments, but rather by means of good works, as is proper for women making a claim to godliness” (1 Tim. 2:9-10). “Mirror, mirror on the wall, who’s the fairest of them all?” Both boys and girls, men and women, struggle to really, really believe Prov. 31:30: “Charm is deceitful and beauty is vain, but a woman who fears the Lord, she shall be praised.”

The Eyes and Gluttony

Eve, from the beginning, set the bad example. “The tree was good for food.” Food. Did you ever have a longing to eat? Foolish question. God made our bodies that way. Our bodies alert us when we need nourishment. There is nothing wrong with wanting to eat. However, there are limits. What was Eve’s problem? The tree was good for food, but God had forbidden eating from that particular tree. Eve had a multitude of other options.

Then there is the warning in Proverbs. “When you sit down to dine with a ruler, consider carefully what is before you, and put a knife to your throat if you are a man of great appetite. Do not desire his delicacies, for it is deceptive food” (Prov. 23:1-3). “Put a knife to your throat.” Wow! A figure of speech? Of course. But it gets the message across. And who would deny that in the USA in the 21st century, we have abundant access to more “delicacies” than any king had a thousand years before Christ. “Great appetite… desire… delicacies… deceptive food.” Can anyone deny that overeating is a major example of “the lust of the flesh”? Who has not heard that obesity has reached epidemic proportions in the USA?

Eve also noticed that the forbidden fruit was “a delight to the eyes.” Every cook, at home and in the restaurant, knows that the more appealing to the eyes the food is, the more it makes the mouth water. That can be a very good thing when you are trying to get your kids to eat their vegetables. On the other hand, how many times have any of us gazed on a delightful desert, and even though we were full and trying to cut down on sweets, yet we fell for it? “That looks soooo good!” may be fine, or it may be lust of the eyes that leads to lust of the flesh. When was the last time you said, “My eyes were bigger than my stomach”? But then you tried to finish it anyway. “Take all you want, but eat all you take.” “My eyes made me do it.”

The Eyes and Coveting

What about window shopping? Do you simply get joy out of looking? Or does it inevitably lead you to covet or even to go ahead and purchase something you had no plan to purchase? What about shopping for a car? Does “a delight to the eyes” have disproportionate influence on the decision, as contrasted to utility, safety, and cost? These are simply examples for reflection. Smart grocery shoppers even advise you to shop when you are full, not when you are hungry. It doesn’t take much reflection to realize the value of this idea.

It is often pointed out that the OT is full of external commands and prohibitions while the NT concentrates more on the internal. There is a level of truth in this evaluation, but it must not be taken too far. There are those who claim that US laws are based on the Ten Commandments. A half truth. To just take the example pertinent to the present discussion, no man-made law can be made based on the tenth commandment: “You shall not covet your neighbor’s house; you shall not covet your neighbor’s wife or his male servant or his female servant or his ox or his donkey or anything that belongs to your neighbor” (Ex. 20:17). Coveting can lead to stealing, adultery, murder, and other sins. Men can make laws regarding these latter items. But coveting itself is internal, subject only to God’s law.

And what leads to coveting? Certainly not always, but the eyes often play a major role. “I see it; I want it.” Isn’t that what advertising is all about? Indeed, a major aim of advertising is to create a “need.” God says: “Do not weary yourself to gain wealth, cease from your consideration of it. When you set your eyes on it, it is gone. For wealth certainly makes itself wings like an eagle that flies toward the heavens” (Prov. 23:5). “Turn away my eyes from looking at vanity, and revive me in Your ways” (Ps. 119:37). It can sometimes be hard to resist coveting what our eyes behold.