Insight #258 – The King James Only Debate 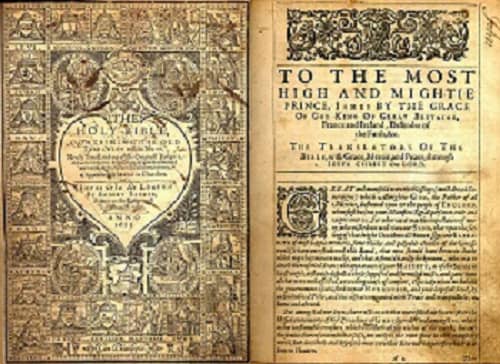 Is the King James Version of 1611 the only trustworthy translation of the Bible into modern English? Are all other versions corrupt and filled with poison? Does the KJV contain the exact English words that God wants in today’s Bibles? Is the KJV the only true Bible in English?

There is no desire here to bash the King James Version in the way that some King James Only people bash all other versions. Rather, the purpose is to expose the false claim that the KJV is the only perfect, inspired English Bible.

Languages Are Not Static

Over time, languages change. For example, in the lifetime of many of us, there has been a significant change in the meaning of the word “gay.” During the past 400 years, since 1611, many words have changed meaning. As a result, the KJV contains several words that were good translations 400 years ago, but they are bad translations today.

Another example: 1 Thess. 4:15 does not make sense in the KJV when it says, “We which are alive and remain unto the coming of the Lord shall not prevent them which are asleep.” Not prevent them? Again, it is a case of old English. In today’s English, the word is “precede.” Live Christians will not precede dead ones in meeting the Lord in the air.

Other examples: Of course, there is the old English “thee,” “thou,” “wouldest,” “shouldest,” etc. Then there are such terms as “Holy Ghost” for “Holy Spirit, “charity” for “love,” and even “gay clothing” for “fine clothes” in James 2:3.

However, there are more problems than just changes in the English language. There are a few words in the KJV which were simply wrong from the beginning. For example, the KJV translates “pascha” correctly as “passover” 28 times. However, in Acts 12:4, the KJV renders it as “Easter.” Easter? No such thing even existed in the first century.

More serious yet, the KJV in Acts 2:27-31 tells us that Jesus went to hell. In fact, the KJV renders the word “Hades” as “hell” every time it appears in the NT. This is erroneous. Hades is the abode of the dead, and that is where Jesus went when He died. As Psalm 16 predicted, and as Peter proclaimed on Pentecost, Hades could not hold Jesus. He came back from Hades; He rose from the dead. In addition, the KJV tells us in Rev. 20:14 that “death and hell were cast into the lake of fire,” thus making hell temporary. What John actually wrote is that “death and Hades were thrown into the lake of fire.” Hades, yes, will end when Jesus returns.

It can be helpful to learn the strengths and weaknesses of various translations of the Bible into modern English. It is quite another matter to publish frivolous accusations against all “modern” translations while keeping a closed eye to weaknesses of the KJV. An outstanding example of this attitude is the 1993 book, New Age Bible Versions, by Gail Riplinger.

For example, in Chapter 20, “Test 1 for Antichrist — Is Jesus the Christ?” Riplinger says: “New version editors look down in contempt saying…” – followed by a box of examples where the KJV reads “Jesus Christ,” while the “new” versions read simply “Jesus.” According to Riplinger, to say just “Jesus” is to have contempt for Jesus. She says, “The devil… darkens ‘the door’ in the new versions. His shadow falls over the word ‘Christ’… The ultimate campaign against Jesus is to deny that he is the Christ.” According to her, whenever any Bible reads just “Jesus,” that is a denial of Jesus being the Christ!

Unwittingly, Riplinger is attacking the very Authorized King James Bible of 1611 which she intends to defend. If she had done only a few minutes’ search in the Online Bible or similar software, she would have found that the KJV uses the names “Jesus” and “Christ” in the same verse only 258 times, whereas it uses the name “Jesus” by itself, without “Christ,” 684 times!

The King James Version is not wrong 684 times when it reads “Jesus” instead of “Jesus Christ.” Rather, it is Gail Riplinger who is wrong when she invents such frivolous arguments – and her book is filled with such arguments. Well does Romans 2:1 say: “Therefore you have no excuse, everyone of you who passes judgment, for in that which you judge another, you condemn yourself; for you who judge practice the same things.”

None of the above is said to discredit the KJV 1611 or to say it should not be used. Rather, it is to discredit the doctrine that the KJV 1611 is a perfect, God-inspired translation, as good today as it was in 1611. All versions of the Bible were made by uninspired men. Overall, the KJV was a good translation in its day. If you grew up with it, enjoy the archaic English, and are aware of some of its limitations as discussed earlier, the choice to continue using it is yours. On the other hand, if you are looking for a good version, the KJV is not the best option today.

If you would like my opinion, the most accurate translations available today are the New King James Version (NKJV) and the New American Standard Bible (NASB). For those seeking an easier-to-read version, the New International Version (NIV) is the best in that category. These are my opinions.

Actually, there are many benefits in using and comparing various versions. In addition, I find it a good practice, when teaching the unconverted, to make use of the Bible they already possess (if they do have one). God’s Word is powerful – in its many translations – to lead people to Christ. There are those who think that the difference between Catholics and others is that we have different Bibles. That’s not so. The difference is what people do or don’t do with what their Bible tells them.

Scripture quotations (other than the KJV) taken from the NASB.