Insight #271 – Many Ministers in Your Church? 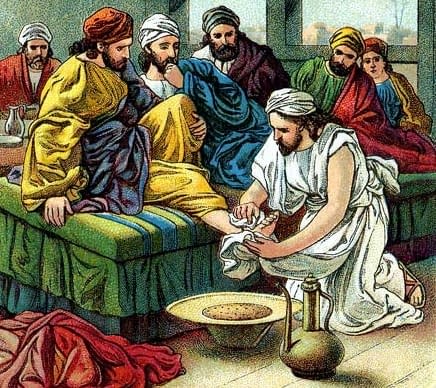 Modern English dictionary definitions of “minister” (as a noun) can be classified in three categories:
1) a clergyman (in some churches);
2) a high government official (in some countries); and
3) a person appointed to do certain tasks for another.
The third meaning, though not so common today, gets to the original meaning of the word. Our English word comes from Latin carrying the concept of inferior, subordinate, servant. Our English word “minister” has the underlying concept of service: someone serving someone else.

The main noun in the Greek NT that is translated “minister” is diakonos. Diakonos outside the NT usually carried the meaning of servant, waiter, messenger. Thus, the Greek carried the same underlying concept that our English carries: one who serves another. In our NT, diakonos is usually rendered either “minister,” “servant,” or “deacon.” It depends on the translators’ preferences as to how it is translated in each verse.

Who Are “Ministers” in the NT

In three cases, most translators have chosen to transliterate diakonos rather than translate it. Thus, we have the English word “deacon.” These three cases are Phil. 1:1 and 1 Tim. 3:8, 12, where most of us agree the texts refer to “the office” of deacon. Paul wrote “to all the saints in Christ Jesus who are in Philippi, with the bishops and deacons.” In such a context, “deacons” surely seems to be a particular class of saints. And when Paul spells out requirements for deacons in 1 Tim. 3:8-13, he says “let them also first be tested.” Clearly this is a select group of men in the church. Men? Well, “husbands of one wife” clarifies that.

In nearly all the other two dozen cases, some versions render diakonos as “minister,” while others render it as “servant.” To us, “minister” sounds official and important, while “servant” sounds like someone taking orders, someone beneath another. “Minister” may sound more important, and in today’s English it may be more important, but in the NT a “minister” is a servant.

Aside from the three texts rendered “deacons,” I see no evidence for diakonos referring to any particular class of workers in the church. The term is applied to Paul, Tychicus, Timothy, Epaphras, Phoebe, Apollos, Jesus, household servants, king’s servants, Satan’s servants, and – all followers of Jesus. And who are these various persons serving? They are ministers/servants of Christ, God, the gospel, a particular church, a king, a household, or Satan. It’s a general term with many applications.

In Matt. 20:25-26, Jesus tells us: “You know that the rulers of the nations lord it over them, and their great ones exercise authority over them. It shall not be so among you, but whoever desires to become great among you shall be your diakonos [servant or minister].” That’s you and me. According to Jesus, position is not the measure of greatness; service is. We all should be ministers.

Who Has “a Ministry” in the NT?

It is common today for some Christians to talk about having or starting “a ministry.” And a name must be sought for the ministry. What does the NT teach about ministry?

A key text is Eph. 4:11-12: “He gave some to be apostles; and some, prophets; and some, evangelists; and some, shepherds and teachers; for the perfecting of the saints, to the work of serving (diakonia) to the building up of the body of Christ.” Note the similarity in Greek between diakonos and diakonia. The former refers to the person, the latter to the work. The latter is commonly translated “ministry” or “service.”

Notice that apostles, prophets, evangelists, shepherds, and teachers are in each case “some.” And what is the work of each of the “some”? Their work is not to do all the ministry. On the contrary, the work of the “some” is to train the saints in general for the work of ministry, for service. In the NT, there is no such thing as “the minister.” All the saints are to be ministers/servants. Today it is all too common for “the minister” to be the one who preaches all the sermons, does all the baptizing, is the one expected to visit all the sick, do all the counseling, maybe even mow the lawn. After all, isn’t he paid to do all that?

Christianity is not a spectator sport, a place where we go to be entertained. Forget the stadium concept. We are all on the team. Jesus is the Coach, Captain, CEO, and Owner of the team – and we are all part of the team: ministers who are serving Christ by serving one another. And let’s be clear: the water boy is part of the team; the Monday morning quarterback is not.

What is your ministry? Whom have you served this week?

Tags:Believers Disagree
previousInsight #270 – God Spoke to Me this Morning
nextInsight #272 – Name of the Church