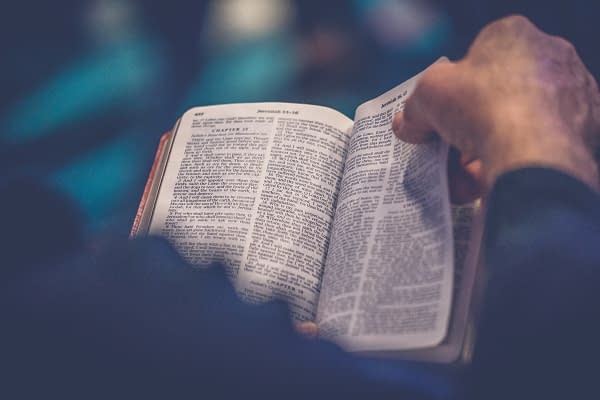 Do you have a hard time believing that God spoke to me this morning? I don’t blame you.

You may feel that there are already too many who have made such a claim. I once heard of a fellow who told his friend that God said that his friend had to give him his car! Sure. Then there was the fellow who told a girl, “God said you should marry me.” When she refused his daring advance, he pulled it on a second girl, and she succumbed.

In his book I Wish They Were Prophets, the author recounts the time a brother told of “a message that he had received from God.” It was that “the next day at three in the afternoon there would be a downpour that would last for three hours.” And the result? “The following day was a splendid day.” The author offers many similar examples of false predictions supposedly from God.

When I lived in Guatemala, there was a prophecy in one of the well-known churches that one of its members was going to win the 1985 elections. Well, when the election results came in, it became clear that said “prophecy” was just as false as the typical campaign promises.

Of course, neither you nor I want to be like those people who believe whatever they read or hear.

Most likely, you have no confidence in preachers and churches which say that God has spoken to them. A certain Ezekiel, more than 2,500 years ago, said this about such prophets: “They have seen falsehood and lying divination, who say, Jehovah says; but Jehovah has not sent them” (Ezek. 13:6).

Anybody can say, “God spoke to me this morning.” It’s one thing to claim it; it’s another thing to prove it. Moses proved that God had spoken to him by working amazing miracles with his rod. Elijah proved that he was a prophet of God by calling fire from heaven. Peter and John proved they were messengers of God by instantaneously healing a 40-year-old man who had been born lame.

Who am I? How do I dare say that God spoke to me this morning? Not only this morning, but every morning. If you are perceptive, you already know where I am headed. Virtually every morning before breakfast, I open the all-time-best-seller – the Bible – so that from its pages God can speak to me. I have no confidence in anybody who nowadays claims to have a message from God, but I have full confidence in Holy Scripture as God’s Word to me.

“Every Scripture is God-breathed and profitable… Man shall not live by bread alone, but by every word that proceeds out of the mouth of God… Long for the pure milk of the Word, that you may grow thereby… Your word is a lamp to my feet, and a light for my path… They received the word with all readiness of the mind, examining the Scriptures daily” (2 Tim. 3:16; Matt. 4:4; 1 Pet. 2:2; Ps. 119:105; Acts 17:11).

Did you allow God to speak to you this morning?

Tags:Believers Disagree
previousInsight #269 – Are Humans Animals?
nextInsight #271 – Many Ministers in Your Church?