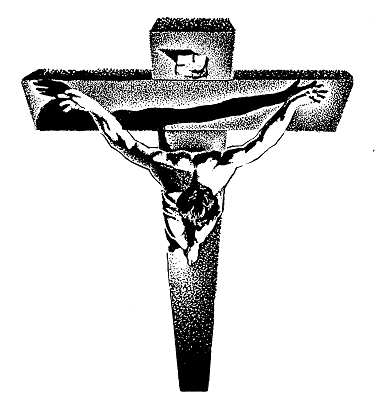 Why is the world so filled with pain and suffering, both physical and emotional? As we struggle to understand this difficult issue, let’s examine just a portion of the insights the Bible offers.

We are not machines. We are not marionettes. We are human beings with freedom of choice. While some people think our every action is controlled by fate, or by God’s predestination, or by our DNA, I think most people acknowledge as an obvious fact of life that we humans have the ability to freely make choices.

And that’s the truth in the Bible from beginning to end. God told Adam and Eve that “of the tree of the knowledge of good and evil, you shall not eat of it; for in the day that you eat of it you will surely die” (Gen. 2:17). God gave our forefathers the freedom to choose, albeit with consequences. Almost the closing words of the Bible are: “The Spirit and the bride say, ‘Come!’ He who hears, let him say, ‘Come!’ He who is thirsty, let him come. He who desires, let him take the water of life freely” (Rev. 22:17).

The reality is that free will opens the door for deciding to harm others. Cain chose to murder his own brother. God punished Cain, but God did not stop him. Like it or not, agree with God making us this way or not, the truth is that much of today’s pain and suffering – murder, rape, drunk driving, war, and on and on – are a result of human freedom of choice.

We are told six times in the first chapter of Genesis that the things created were “good.” When creation was completed, the sacred record says that it was all “very good.” What? Mosquitoes, cobras, hurricanes, earthquakes, strokes, and cancer very good?

It was all very good until Adam and Eve ate the forbidden fruit. God does not tolerate sin. As punishment, God specifically names pain, thorns, thistles, sweat, and death. In Gen. 3:17 He says, “cursed is the ground.” This general statement of curse surely includes all the other bad that is not specifically named.

Romans 8:20-22 confirms the Genesis account: “For the creation was subjected to vanity, not of its own will, but because of him who subjected it, in hope that the creation itself also will be delivered from the bondage of decay into the liberty of the glory of the children of God. For we know that the whole creation groans and travails in pain together until now.” The whole creation.

Much of the original good remains for our enjoyment: from spring blossoms to fall foliage, from sunrise to sunset, from waterfalls to crashing waves, from a warbler’s song to a kitten’s purr. Not only for our enjoyment, but for our very existence. In spite of the curse, the earth continues to produce so much sustenance that the population is exploding. Not to mention the multitude of human inventions which utilize all the raw materials that God created.

Nevertheless, the curse is all too prevalent. What then? Shall we curse God because He cursed creation? Or shall we rather awaken to the seriousness of sin, the absolute unacceptability of rebelling against God? God is not only loving, all-powerful and all-knowing; God is also holy, and He cannot countenance sin. We are amiss if we try to judge God by our standards. “‘For my thoughts are not your thoughts, neither are your ways my ways,’ says Jehovah” (Isa 55:8). We cannot make God in our image!

It would be a stretch to affirm that all pain and suffering can easily be considered in a positive light. Nevertheless, much can. An obvious example is bodily pain – when working in our favor. Pain can warn us when touching something hot to keep us from getting burned. Severe abdominal pain can send us to the emergency room to get our appendix removed before it is too late.

Proverbs 29:15 says, “The rod of correction gives wisdom.” In contrast, it adds, “but a child left to himself causes shame to his mother.” The truth is that “all chastening (discipline, punishment) seems for the present to be not joyous but grievous; yet afterward it yields the peaceful fruit of righteousness to those who have been exercised thereby” (Heb. 12:11). Nobody shouts for joy when they get punished. But hopefully, all of us – at least sometimes – have learned a lesson via some kind of suffering.

Suffering can build character. “Suffering works perseverance; and perseverance, proven character” (Rom. 5:3-4). Paul gave an example in his own life: “There was given to me a thorn in the flesh, a messenger of Satan to torment me, that I should not be exalted excessively… for my power is made perfect in weakness” (2 Cor. 12:7-10). Paul’s suffering helped to humble him.

Not only is the Bible filled with examples, but consider these common sayings: “There are no atheists in foxholes”; “Some of us won’t look up until we are flat on our backs”; and “No pain, no gain.” How many of us have experienced a higher level of maturity with an improvement in character because of something we have suffered through?

Because we are not God – all-knowing, holy, just, and who knows what other attributes – we may never in this life understand why one sin of two people brought such suffering and pain upon all humanity. And before we dare say that such suffering is proof of an unloving God, we have to consider another part of the story, which also we’ll never understand fully in this life: “For God so loved the world, that he gave his one and only Son… By this we know love, because he laid down his life for us” (John 3:16; 1 John 3:16). The Father and the Son suffered for us!

“Jesus began to show his disciples that he must go to Jerusalem and suffer many things… It was necessary for the Christ to suffer… Christ also suffered for sins once, the righteous for the unrighteous, that he might bring you to God… Who his own self bore our sins in his body on the tree” (Matt. 16:21; Luke 24:46; 1 Pet. 3:18; 2:24).

“Oh the depth of the riches both of the wisdom and the knowledge of God! How unsearchable are his judgments, and his ways past tracing out! For who has known the mind of the Lord? Or who has been his counselor?… To him be the glory for ever! Amen” (Rom. 11:33-36).