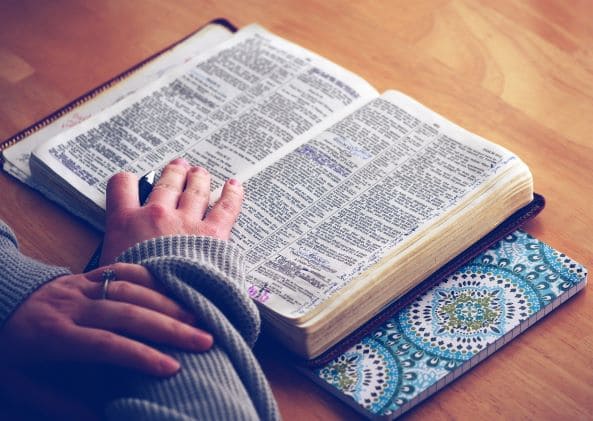 No one rejoices when a father enters his second childhood. Nobody is happy with a 17-year-old who acts like a 3-year-old. Paul uses a similar figure: “When I was a child, I spoke as a child, I felt as a child, I thought as a child. Now that I have become a man, I have put away childish things” (1 Cor. 13:11). In the first century, the infant church had living apostles and miraculous gifts. Should the church today attempt to recreate that infant stage?

In spite of having miraculous gifts and living apostles available, some of the Corinthian brethren were getting drunk at the Lord’s table, some were taking other brethren to court, and the church as a whole was proudly allowing a brother to continue in his adulterous affair. Paul didn’t rush over to correct this wickedness. Rather, he wrote them a letter.

What Ceases, What Abides

Someone sincerely asks, “Has knowledge been done away?” Not at all. But in 1 Corinthians 12 to 14, Paul was discussing the supernatural gifts in the infant church. Nine of them are listed in 12:8-10. The inspired gift of knowledge, as one of the nine, would be done away. Note 13:8 abbreviated: “prophecies… done away, tongues… cease, knowledge… done away.”

Chapter 13 ends saying, “But now faith, hope, and love remain – these three. The greatest of these is love.” Three things “remain”: faith, hope, and love. Three things were to be “done away”: prophecies, tongues, knowledge. Love abides forever. But how long do faith and hope abide? Until Jesus returns! “Now faith is assurance of things hoped for, proof of things not seen” (Heb. 11:1). “We walk by faith, not by sight” (2 Cor. 5:7). When Jesus returns, faith will be replaced with sight! And hope? Rom. 8:24 clarifies: “Hope that is seen is not hope. For who hopes for that which he sees?” When Jesus returns, faith and hope are swallowed up in reality.

Inasmuch as faith and hope “remain” until Jesus comes, “done away… cease” must be something that happens sometime before He returns. But when? Paul did not specify a date. Rather, he indicated a condition. “For we know in part, and we prophesy in part; but when that which is complete has come, then that which is partial will be done away with” (1 Cor. 13:9-10). Instead of “complete,” many versions read “perfect.” The Greek here (teleios) may be translated “finished, complete, perfect, mature.” Since “in part” is contrasted to “teleios,” it seems that “complete” or “finished” is a better translation than “perfect.” The New King James Version renders it “perfect,” but with a footnote that says, “complete.”

Guided into All Truth

Returning to “complete,” note that the night Jesus was betrayed He told His apostles: “I have yet many things to tell you… when he, the Spirit of truth, has come, he will guide you into all truth” (John 16:12-13). All truth would be revealed to Jesus’ apostles after He ascended. Knowledge and prophecy became complete when the last apostle wrote the last book of our NT. The temporary “partial” gifts could then be done away, no longer needed. “All truth,” of course, is not absolute. Only God possesses that. It would mean all the truth that God decided to reveal to mankind this side of eternity. In that sense it would be “all” and “complete.”

We have The Book. The infant church did not. They only had the OT. That’s why they needed miraculous gifts to guide them along with the partial truth they had. God Almighty planned that as the church moved from infancy into maturity it would be guided first by living authorities and miraculous gifts, then by documents written by those authorities, and finally by the collection of those documents into a Book – The Book!

Paul told Timothy, “These things I write to you, hoping to come to you shortly; but if I wait long, that you may know how men ought to behave themselves in the house of God” (1 Tim. 3:14-15). Obviously, the apostles and prophets could not be every place at all times. The need for written documents, even while these men were living, gave birth to our New Testament. We do have apostles and prophets in the church today – via their writings. Their writings make up the complete, perfect revelation of God in this life to guide us until faith and hope are swallowed up in victorious reality.

Don’t seek to recreate the infant church. Rather, move on to maturity by immersing yourself in God’s complete and perfect revelation, the Bible!

Tags:Sound Doctrine: VariousSupernatural: Then & Now
previousInsight #300 – Is “Christ” His Name?
nextInsight #302 – Social Distancing in the Bible