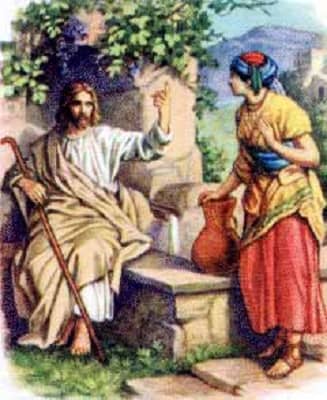 Are you a liberal or a conservative? Wait a minute! Have you ever stopped to consider the meaning of these terms? What exactly does it mean to be a conservative or a liberal?

Before I met my beloved Margaret, she changed from a conservative to a liberal. She did that without changing any beliefs or practices. How’s that? She changed colleges! These days the terms “liberal” and “conservative” are typically used as labels to pigeonhole people. But the labels are meaningful only when a specific environment is either expressed or understood.

Whether in politics or religion, the terms “conservative” and “liberal” are amoral in and of themselves. A liberal is for progress, for reform, for being broad-minded. A conservative holds to traditional views, opposes change, is cautious. Both can be good; both can be bad. Let’s examine some examples in the NT.

“For their women changed the natural function into that which is against nature. Likewise also the men, leaving the natural function of the woman, burned in their lust toward one another” (Rom. 1:26-27). Notice “changed the natural…leaving the natural.” In whatever context, liberals are for change, for turning away from the past. In this case, the “past” goes back to creation (vs. 20ff). It is God who made male and female; it is God who instituted marriage (Matt. 19:4-5). You don’t have to be a biologist to understand the natural way for a male and a female to join their bodies. The liberals, as far back as Sodom and Gomorrah, changed God-made sexual behavior into something unnatural.

Sexual liberals were in the Corinthian church. It was possibly all about love, acceptance, grace, and inclusiveness. “It is actually reported that there is sexual immorality among you, and such sexual immorality as is not even named among the Gentiles, that one has his father’s wife… Your boasting is not good” (1 Cor. 5:1-6). These Christians were proud of their acceptance of this unrepentant member. Paul tells these liberals: “Put away the wicked man from among yourselves” (vs. 13).

Jesus, physically a Jew, was in a foreign country. Tired from his journey, Jesus asked a Samaritan woman who came to the well for a drink. The woman was taken aback. So were the apostles when they returned from grocery shopping (John 4:9, 27). Jesus had broken two taboos: talking with an unknown woman and a Samaritan at that. The Jewish supremacists considered themselves better than the Samaritans; they had nothing to do with them. In that context, Jesus was a liberal. His behavior showed that the Jewish conservatives were wrong on both counts.

Jewish attitude toward Gentiles was one of the biggest issues in the infant church. God had supernaturally revealed to Peter that there is no difference between Jew and Gentile (Acts 10:1 to 11:18). So, Peter knew better, but “when Peter came to Antioch, [Paul] resisted him to his face, because he stood condemned. For before some people came from James, he ate with the Gentiles. But when they came, he drew back and separated himself, fearing those who were of the circumcision” (Gal. 2:11-12). Peter yielded to ungodly conservative peer pressure.

Whenever there is considerable change in the religious behavior of an area, a conservative wants to retain the old ways, a liberal is all for change. Who is right? It depends upon the nature of the old and the new.

For example, in the USA, Evangelicals are generally classed as conservatives because they oppose many of the beliefs and moral changes that are taking place here. However, in Central America, where we lived for years, Evangelicals are liberals. How’s that? Because Latin America has basically been Roman Catholic for centuries. Evangelicals are bringing in change of beliefs and practices contrary to the traditional culture.

In the early history of the church, we have an example of conservative Jews complaining about liberal Christians. When the Jewish Sanhedrin put Stephen on trial, witnesses testified, “We have heard him say that this Jesus of Nazareth will destroy this place, and will change the customs which Moses delivered to us” (Acts 6:14). Conservatives are against change of customs, and in this case they were wrong. Daniel 7:25 predicted the opposite: a liberal enemy of God who would “speak words against the Most High… He will plan to change the times and the law.” This liberal would change times and laws, fighting against God.

Change in religion, as change in general, can be good or bad. It’s all about whether the change is drawing one nearer to God or driving one further from God. Thus, only the context can determine if liberals or conservatives are on God’s side.

But there is more to this issue than that. In any given situation, both liberals and conservatives may be partly wrong and partly right. Let’s beware of blindly following the current popular agenda of either conservatives or liberals – whether in politics or religion. It is my observation that there is not a culture or counterculture in the world that aligns perfectly with the Word of God. Every culture has good that needs to be retained and bad that needs to be changed.

We must also realize that being conservative or liberal is often just a result of our personal inclinations. Some people feel more comfortable with “we’ve always done it that way.” Their nature resists change. “My parents brought me up this way, and this is the way I will die.” Others are the opposite. They get tired of the same old, same old. “If it’s newer, it must be better.” They want not only the latest technology but also the latest ideology. They consider their parents old fogies. On any given issue, we need to honestly ask ourselves if our view is based on God’s Word or if it is just an expression of our natural bent for or against change.