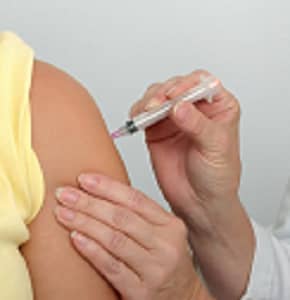 Yes, the Mark of the Beast is Very Dangerous

Chapter 14 paints an awful picture of those who receive the mark. “If anyone worships the beast and his image, and receives a mark on his forehead, or on his hand, he also will drink of the wine of the wrath of God… He will be tormented with fire and sulfur… no rest day and night, those who worship the beast and his image, and whoever receives the mark of his name” (Rev. 14:9-11). We definitely don’t want the mark of the beast.

Does Revelation give us any clues to help identify the mark? The end of chapter 13 is our main source: “He causes all… to be given marks on their right hands, or on their foreheads; and that no one would be able to buy or to sell, unless he has that mark, which is the name of the beast or the number of his name. Here is wisdom. He who has understanding, let him calculate the number of the beast, for it is the number of a man. His number is six hundred sixty-six” (13:16-18).

One of the clues is that “no one would be able to buy or to sell, unless he has that mark.” Will vaccine passports fulfill this part of the prophecy, as some tell us? “Passports” by definition are limitations on travel, on entry; they are not about buying and selling, per se. In this digital age, you don’t have to travel anywhere to buy or sell. Vast numbers of us are already buying and selling on the internet without stepping foot outside our doors. Limiting travel and entry does not fit this clue, plus the fact that such passports are issued by multiple agencies, not one “beast.”

What other clues are there? The text says the mark is the beast’s name. The name has a number. It is the number of a man. The number is 666. Mark-name-number-666. Unraveling all of this is not easy. How can a person even begin to understand it? Actually, the beginning place is not the mark at all. It makes no sense to consider the mark of the beast until we have examined clues about the beast itself. This means we must start at the beginning of Revelation 13, not the end. But…

… before proceeding with Revelation 13, let’s jump to the book of Daniel. You will discover why as we proceed.

The famed Nebuchadnezzar had a dream of an awesome image… head of gold… chest of silver… belly of brass… legs of iron (Dan. 2:31-34). Daniel told him: “You are this head of gold. After you, another kingdom will arise… and another third kingdom, The fourth kingdom…” (2:38-40). It doesn’t take much study of Daniel and secular history to realize that the four predicted kingdoms were Babylon, Persia, Greece, and Rome.

In Daniel 7, Daniel is told that four beasts (lion, bear, leopard, and ten-horned beast) represent four kingdoms (7:23), just like Daniel 2. However, unlike chapter 2, chapter 7 does not say where to begin. Since both prophecies were made by Daniel during the time of the Babylonian empire, there is every reason to believe the four kingdoms in the two chapters are the same four kingdoms. There is no reason to believe otherwise. Thus, the fourth, ten-horned beast represents the Roman Empire.

The four beasts in Daniel 7 are a lion, a bear, a leopard, and a ten-horned beast. The beast in Revelation 13 has ten horns and is like a leopard, a bear, and a lion. Did you notice? The same beasts – in reverse order! Why in reverse order? Because Daniel was in Babylon looking forward in time. John lived during the Roman Empire looking backward in time. Who can doubt that this is our clue to begin our study of Revelation 13? There is no other clue.

In Daniel it is four beasts. In Revelation it is one beast having the characteristics of the four. What can this beast in Revelation 13 be but a prophecy regarding the Roman Empire? Revelation 13 also speaks of “another beast coming up out of the earth… He exercises all the authority of the first beast in his presence” (13:11-12). So, it is another beast but intimately tied to the first one. There is also an “image to the beast who had the sword wound and lived” (13:3,14). In like manner, the image is tied to the first beast. Both the second beast and the image are directly tied to the first beast: the Roman Empire, which existed when Jesus lived and when the book of Revelation was written. Bible students do not agree on the details of fulfillment. Nevertheless, virtually all believing students see a Roman connection, whether it be past, present, or future.