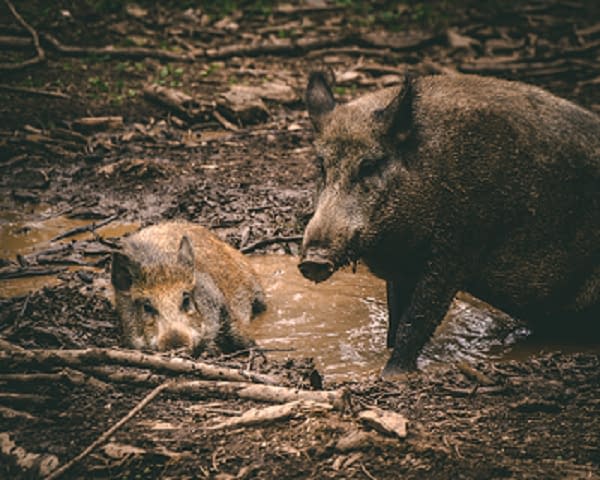 “That’s it! You guys don’t play fair. I quit!” “It’s all their fault, of course.” But is it ever my fault? At times, we all quit: big things, little things, bad things, good things.

Quitting Is So Prevalent

Household projects. How many unfinished projects do you have around the house? How many books half read? How many closets half organized? Some of us seem to have the habit of starting a new task without finishing the old one.

Learning to play an instrument. Eons ago, various young people asked my Margaret to teach them to play the piano. “Sure, but you have to practice regularly.” Many were interested, but only one kept up her practice lessons and learned to play.

Night classes. College night classes often begin with a room full of students and end the semester with the room half full.

Bible correspondence courses. In my experience, of those who request a course, maybe half will complete the first lesson. Maybe half of those will send in the second. Dropouts continue, and only a small percentage complete the course.

Marriage. “I do… for better or for worse… till death do us part.” How many of these grandiose promises end up with “I’m not going to take this any longer. He/she just won’t change”? This is a far too common – and tragic – example of quitting.

Church. How many people do you know who have started the Christian life and not finished? Many who quit say, “I’m not quitting Jesus, I’m just quitting church.” Really? Christ is “head over all things for the church, which is his body” (Eph. 1:22-23). If we are not part of the church, we are not part of the body of Christ. Do we really want to decapitate Jesus – have just His head without His body? Let’s examine this most consequential act of quitting.

Why Do People Quit?

Desire for the old life. This is the plain truth for many. Peter wrote of them: “For if, after they have escaped the defilement of the world… they are again entangled in it… it has happened to them according to the true proverb, ‘The dog turns to his own vomit again, and ‘the sow that has washed to wallowing in the mire'” (2 Peter 2:20-22). Disgusting. But a person may quit for far less dramatic and far less obvious reasons.

Boredom. “Just the same old stuff. Same old songs. Same old Bible stories. Same old faces. I need a change, something new.” Reminds me of “all the Athenians and the strangers living there spent their time in nothing else, but either to tell or to hear some new thing” (Acts 17:21). With all the distractions these days, many people develop spiritual attention deficit disorder.

Can’t tolerate delay. “I was told Jesus could return at any moment. Where is He?” Many followers of Jesus miss the key point of the parable of the ten virgins: “the bridegroom delayed” (Matt. 25:5). If the bridegroom had not delayed, all ten virgins would have entered the feast. But five did not have enough “oil” for the long haul. It’s one thing to give your life to Jesus. It is another thing to give it to Him day after day, month after month, year after year.

Weariness. Perhaps this is just another way of looking at the same issues. In any case, Galatians 6:9 has often rebuked and encouraged me in my old age: “Let’s not be weary in doing good, for we will reap in due season, if we don’t give up.” If!

The opposite sex. Adam chose Eve over God. Solomon chose women over God. “When Solomon was old, his wives turned away his heart after other gods” (1 Kings. 11:4). One of the most beautiful things in God’s creation is the attraction between male and female. But when that attraction overshadows your attraction to God, you are on the road to quitting Him.

Materialism (money/cares). Although we humans are spiritual beings, we live in physical bodies. The problem is that our physical necessities can crowd out the spiritual necessities. One half of the parable of the sower is about people who give their lives to Christ only to later quit. “What was sown among the thorns, this is he who hears the word, but the cares of this age and the deceitfulness of riches choke the word” (Matt. 13:22). Cares and dollars “choke,” as in “I don’t have time.”

Persecution. “Rocky places, this is he who hears the word and immediately with joy receives it; yet… when oppression or persecution arises because of the word, immediately he stumbles” (Matt. 13:20-21). Physical, deadly persecution is a reality in the 21st century in much of the world. Here is the USA, persecution is less deadly and more subtle, such as being mocked, being “cancelled,” or losing one’s job or friends.

Hard teachings. The day after Jesus fed the 5,000, His teaching was difficult to grasp: “He who eats my flesh and drinks my blood has eternal life… many of his disciples went back, and walked no more with him” (John 6:54, 66). Hard teachings? Maybe it’s “love your enemies.” Maybe it’s Jonah was swallowed by a big fish and survived. When Jesus asked His apostles if they also were going to leave Him, Peter’s reply is worth internalizing: “Lord, to whom would we go? You have the words of eternal life” (John 6:68).

Perverted doctrine. When brethren in Galatia, for whatever reason, latched onto false doctrine, Paul was amazed that they were “so quickly deserting him who called you in the grace of Christ to a different gospel” (Gal. 1:6). Make no mistake, following a false gospel is deserting and quitting God.

Don’t Be a Quitter

Quitting is an all too pervasive temptation. The reasons are legion. Satan would like nothing more than for us to quit Jesus, quit His church, quit the daily Christian life. With the help of the Holy Spirit, let us “be faithful to death, and I (Christ) will give you the crown of life” (Rev. 2:10). Don’t quit. Eternity is in the balance!

Tags:Overcomers
previousInsight #325 – Gifts of the Holy Spirit
nextInsight #327 – Angels and You