Insight #71 — Did Jesus Use the Wrong Examples? 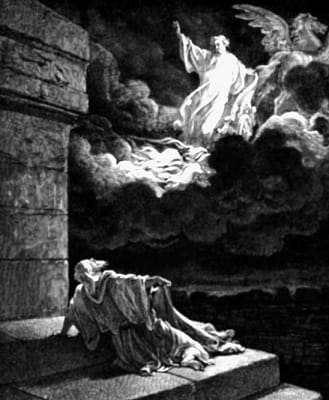 Do you remember when Jesus said: “as it was in the days of Elijah, so shall it be when the Son of man comes”? No, you don’t–for the simple reason that the Bible records no such thing.

If the popular rapture theory were true, Jesus would have used the examples of Elijah and Enoch. Elijah’s case is the more striking of the two. After the whirlwind took him into heaven, 50 men fruitlessly searched three days for him (2 Kings 2). Now that sounds like today’s rapture theory! The righteous disappear; those “left behind” are mystified; and daily life goes on. But there is a big problem here. Jesus never said, “As it was in the days of Elijah”!

Jesus compared His return to the days of Lot and Noah. Both involved the destruction of the wicked. No second chances. In the case of Sodom, it was not the end of the world; but it was the end of Sodom and Gomorrah. Those cities have never been found. Those people never had time to wonder what happened to Lot. There were no chariot wrecks. No search parties. Nobody was “left behind.” Jesus said His coming would be like that.

Jesus was not wrong; He did not use the wrong examples. It is today’s popular novels that are wrong. Junk the novels. Believe the words of Jesus in the Holy Scriptures.