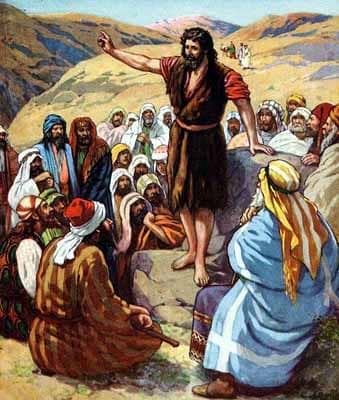 Will all Israel one day be saved? The easy answer is, “Yes, just read Romans 11:26.” Paul told the Romans, “All Israel shall be saved.” But wait a minute. Does that mean Judas will be saved? Does that mean Ahab and Jezebel will be saved? I think everyone would agree that verse 26 and the surrounding verses are not that easy to understand. It doesn’t take much thought to realize that Paul’s simple remark needs some clarification.

However, instead of such interpretations, why not get a better grasp of the wider context? The subject of Israel begins at least as early as chapter 9, and one of its first truths is that “they are not all Israel, which are of Israel” (verse 6). Thus, the Holy Spirit Himself puts limits or qualifications on “all Israel” and thus sets the tone for the entire discussion regarding Paul’s beloved kinsmen in chapters 9-11. To put it in different words, Paul is saying, “Just because you are a Jew does not mean you are a Jew.” How’s that?

Do you remember what John the Baptist told the Jewish leaders? “Think not to say within yourselves, We have Abraham to our father: for I say unto you, that God is able of these stones to raise up children unto Abraham” (Matt. 3:9). Jesus told them much more bluntly: “If you were Abraham’s children, you would do the works of Abraham… you are of your father the devil” (John 8:39, 44). In Galatians, the same Paul (and the same Holy Spirit) who wrote Romans said that under the gospel of Christ “there is neither Jew nor Greek… if you are Christ’s, then you are Abraham’s seed, and heirs according to the promise” (3:28-29). Christians are children of Abraham. Therefore, Christians are “the Israel of God” (Gal. 6:16).

Will all Israel one day be saved? Yes, the Bible says so. However, taking all the texts above into consideration, we are obligated to ask, “Which Israel?”  —–  (more next time)