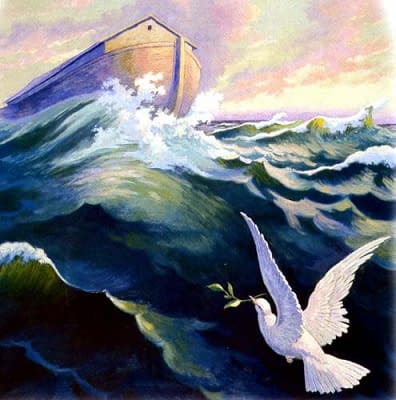 Paul told the Romans, “All Israel shall be saved” (11:26). What did Paul mean? Insight #132 pointed out that every interpretation of this verse places some kind of limitation on the expression. No one claims that all the physical Jews who ever lived will one day be saved. Insight #132 quoted several Scriptures that clearly show that the terms “Israel of God” and the “seed of Abraham” are not limited to physical Jews. Very early in Romans Paul wrote, “he is not a Jew, which is one outwardly” (2:28). We cannot ignore 2:28 when we try to understand 11:26.

There are more truths in Romans 9-11 that must be considered when seeking a correct interpretation of “all Israel shall be saved.” When any careful student of the Word of God reads that sentence, he/she should immediately think, “If that is talking about physical Israel, it sounds incredible; it is contrary to the teaching of the entire Bible.” Even right here in Romans 9-11, Paul by the Spirit quotes Isaiah as saying, “Though the number of the children of Israel be as the sand of the sea, a remnant shall be saved” (9:27). “A remnant.” Not “all.”

A remnant! Is that not the message of the entire Bible? In Noah’s day there was a remnant of eight souls. In Sodom there was a remnant of four souls reduced to three. Of the 600,000 men of war who departed Egypt, only two made it to the Promised Land. Of the twelve spies only two were God’s men. Isaiah, Jeremiah, Ezekiel, and other prophets speak frequently of the remnant of Israel related to their return from captivity and otherwise.

In the beginning of Romans 11, Paul calls up the case of Elijah. Elijah thought he was the only man of God left in Israel. God corrected him, telling Elijah there were 7,000 followers of God in Israel. That is a lot more than one. Yet 7,000, even if Israel then numbered only 700,000, would only be one percent of the population. A remnant indeed! Paul then says, “Even so then at this present time also there is a remnant according to the election of grace” (11:5).

And what is Paul’s prayer and hope in the entire section? Paul’s labor regarding his brethren in the flesh was that he “might save some of them” (11:14). “Some of them.” Paul knew, just as Jesus taught, that “Narrow is the way which leads unto life, and few there be that find it” (Matt. 7:14).

The salvation of 100 percent of any nation in existence at any given time in history is simply contrary to everything we read in the Bible, whether the Bible is recording teaching or recording historical facts. When this truth is kept in mind, it becomes irresistible to ask the question, “What Israel is God speaking of when He says, “All Israel shall be saved”? Surely it must not be “Israel after the flesh” (1 Cor. 10:18). Surely it must be “the Israel of God” (Gal. 6:16). (more next time)