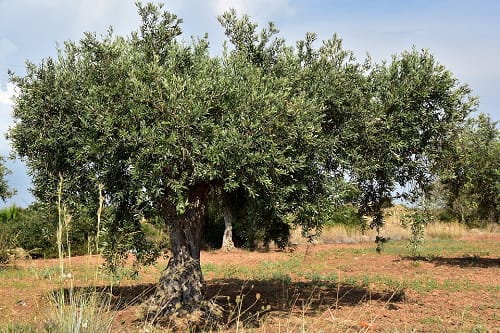 Romans 11 is not the easiest chapter in the Bible. I am still studying and learning from it. In the two previous Insights, we saw that true Jewishness involves more than national origin. We also saw that God has always worked with a remnant. These truths must be kept in mind in trying to understand “all Israel shall be saved.” For further understanding, let’s examine Rom. 11:1-24 to see if these verses contain any prophecies of Israel’s future.

In verses 1-5, Paul says that God has not “cast away his people.” Is this a promise, as some claim, that God has plans for physical Israel in the future? The verses themselves show otherwise. Paul proves his statement by citing realities at the time of his writing. He, as a Jew, is not cast away. Beside himself, there is a Jewish remnant through God’s grace. In fact, Acts shows us that the church for the first few years was totally Jewish. “God has not cast away his people.” This is not a prediction of God’s plans for physical Israel. It was already true when Paul wrote. Paul made very clear the time he was talking about: “at this present time” (11:5).

What of Rom. 11:15? The following quote is from the King James Version. I think most versions say about the same, with one big difference. Some printed Bibles use italics when the translators add words that are not in the Greek. Computer Bibles may use brackets rather than italics. Here is the KJV via computer: “For if the casting away of them [be] the reconciling of the world, what [shall] the receiving [of them be], but life from the dead?”

Paul did not use future-tense verbs here; he did not use any verb at all. In accurate translations, these verbs are omitted or at least written with italics or brackets. The Holy Spirit did not say, “will” or “shall.” That is an interpretation; not a translation. We could just as well interpret with “would be” or “is.” Verse 12 is similar, except that in this case some versions leave Paul’s words as he wrote them, supplying no verb. This is what translators should have done in verse 15, rather than add their own interpretation.

It is only human opinion that Paul predicted a future conversion of the Jews in Rom. 11:12-15. Perhaps he did elsewhere, but not in these verses. Indeed, the immediate context offers a different scenario. In verse 14, Paul said he wanted to save “some of them.” Then, in verse 15 he says that the conversion of Jews [is] [will be] [would be] “life from the dead.” Paul was excited about such a possibility and he was doing his part to turn unbelieving Jews from death to life. Paul by the Spirit did not say, “will.” There is no mention of the future here. “Life from the dead” is a spiritual reality whenever conversion takes place, as can be seen in such texts as Luke 15:24, 32; Rom. 6:11; and Col. 2:13.

Furthermore, in verse 15, the “reconciling of the world” taken literally, would mean “all” or “a great majority” of Gentiles in the world were reconciled to God. However, nobody makes that claim. It is contrary to reality. By the same token, the “receiving (acceptance)” of the Jews in the same verse must not be forced to mean that “all” or “a great majority” of Jews will some day turn to Christ. The one is no more “majority” than the other.

Nor does the figure of the olive trees offer predictive prophecy. Possible results are prefaced with “if.” God’s goodness to the Gentiles is conditioned by “if you continue in His goodness” (11: 22). Any future salvation of Jews is conditioned on “if they abide not still in unbelief” (11:23). Paul does not say “when,” he says “if.” Just like Jesus’ parables, the illustration of the olive trees contains spiritual truths applicable to the entire gospel age. The root is Israel, the branches are individual believers, Jews or Gentiles, and branches can be removed or added at any time in history, depending on “if.” There is no prediction of a particular future time here, just good universal spiritual truths like the parable of the sower. Romans 11:1-24 contains realities and possibilities, not predictions.