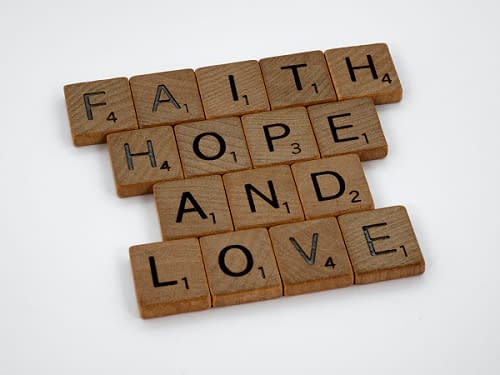 Why do all Bibles end with the book of Revelation? Although some sects consider more recent writings to be inspired, yet nobody has dared to add such writings to the Bible. Why not? It must be that deep down, they know that the apostolic writings are in a class by themselves. And they are. The Holy Spirit exhorts us to “contend for the faith which was once delivered” (Jude 3). From the start of the church, they “continued steadfastly in the apostles’ doctrine” (Acts 2:42). Why? Because Jesus had promised the apostles that “when he, the Spirit of truth, is come, he will guide you into all truth” (John 16:13).

All truth. Therefore, when all the apostles were dead, there was no more truth to be revealed, no more books worthy of being considered Scripture. Catholics and Protestants debate about which books should be included in the OT, but all agree upon the 27 books of the NT. John wrote the final five inspired books.

Some sincerely ask, “Has knowledge passed away?” No, of course not. However, 1 Cor. 12, 13, and 14 are discussing the nine inspired spiritual gifts (charisma) in the infant church. Prophecies, tongues, and knowledge are three of the nine listed in 12:8-10. Inspired knowledge, as one of the nine spiritual gifts, was to vanish away. The same is true of prophecy. Prophecies exist today — the written prophecies made in the first century (and before). We have no new inspired knowledge today, no new prophecies. Our 27 NT books contain it all.

Some of the language in 1 Cor. 13 can give the impression that these three gifts, representing the nine, would be done away at the Second Coming. A major reason why that interpretation is difficult for me to accept is what the text says about faith and hope: “And now abide faith, hope, love.” We can all agree that love is not only the greatest, as Paul also says, but that it is also eternal. Not so with faith and hope. Consider:

Three things fail, cease, vanish. Three things now abide. How long do faith and hope abide? Until the end of the world. Heb. 11:1 says that faith is “the evidence of things not seen.” 2 Cor. 5:7 says, “We walk by faith, not by sight.” 1 John 3:2 says, “When he shall appear, we shall be like him; for we shall see him as he is.” In glory we will see Him! No more faith. It will be sight! And what of hope? Rom. 8:24 clarifies: “Hope that is seen is not hope: for who hopes for that which he sees?” Paul is saying that in this world, prophecy, tongues, and knowledge are temporary, faith and hope are permanent, and love trumps them all.

Since faith and hope “abide” until Jesus comes, the ceasing of prophecies, tongues, and knowledge must take place before that. When? Paul did not specify a date. Rather, he indicated a condition. “For we know in part, and we prophesy in part. But when that which is perfect is come, then that which is in part shall be done away” (13:9-10). The Greek for “perfect” here (teleios) may be translated “finished, complete, or perfect.” Since “in part” is contrasted to “teleios,” it would seem that “complete” or “finished” would be a better translation than “perfect.” Knowledge and prophecy were complete with the final writings of John; thus the temporary “in part” gifts of knowledge and prophecy were done away, no longer needed.

1 Cor. 13:11 contrasts a child with a man. Does not Scripture frequently teach us to grow beyond childhood toward maturity in this life? Notice one such contrast in 14:20: “in malice be children, but in understanding be men (teleios).” Other versions render “teleios” here as “mature.” This is the same Greek word as “perfect” in 13:10. In 13:9-11 we can see the young church with its partial temporary gifts contrasted with a mature church having the finalized Holy Scriptures, which offer God’s completed message to us. The gift of prophecy came to an end in the first century. The Bible contains all there is of God’s inspired prophecy for us today.