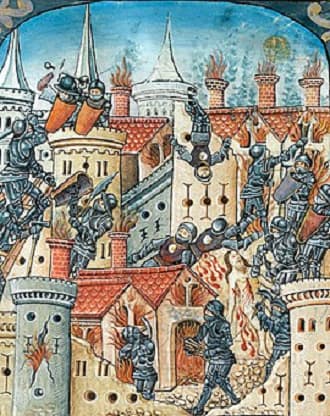 Was the destruction of Jerusalem in A.D. 70 the last event predicted by the Old Testament (OT) prophets?  Or does the OT contain predictions that reach beyond the first century?

Jesus told His disciples: “When you shall see Jerusalem compassed with armies, then know that the desolation thereof is nigh… these be the days of vengeance, that all things which are written may be fulfilled” (Luke 21:20, 22). “Written” refers to the OT because that is all that was written when Jesus lived. Some Bible students believe Jesus was saying: When Jerusalem is destroyed, every prediction in the OT will have been fulfilled.

Let’s take a closer look. Yes, the context predicts the destruction of Jerusalem. What, then, was Jesus saying? Was He saying that, once Jerusalem was destroyed, all OT predictions would have been fulfilled? Or, was Jesus saying that in A.D. 70 God would pour out His vengeance, fulfilling all He said He would do to rebellious Jerusalem? In other words, is “all things which are written” a global statement about all OT prophecies on every subject? Or is the “all” limited by the context?

Surely, the same principle should be applied in Luke 21. The context tells of the punishment upon Jerusalem because of the unbelieving, rebellious Jews. Jesus was saying that all the OT predictions related to those events would be fulfilled. There is nothing in the context to suggest that Jesus was discussing the totality of OT prophecy from Genesis to Malachi. Just as “all that was written” in Acts 13 is limited to the topic under discussion, so “all things which are written” in Luke  21 is surely likewise limited to the topic under discussion.

Someone will say, “Luke does not include “all these things,” so we can ignore that and just stick with “all.” Really? Can we treat the Bible or any historical record this way? Whatever the source, be it newspaper, history book, or the Bible — as long as the source is  trustworthy (which we do not question with the Bible) — there is no way a briefer account can negate details in a fuller account. Rather, a fuller account supplements and amplifies a briefer account. So, when Luke records that Jesus said, “all be fulfilled,” if our common sense did not nudge us to explain this in context, both Matthew and Mark come to the rescue by giving a more complete account of what Jesus said: “all these things.”

“All these things.” The entire discourse began when Jesus predicted that one day there would “not be left one stone upon another” in the great and beautiful temple (Luke 21:6).  And, as we have seen, verse 20 says: “When you shall see Jerusalem compassed with armies, then know that the desolation thereof is nigh.” All that was predicted regarding God’s punishment of Jerusalem would be fulfilled before the generation hearing Jesus passed away. All the clues we have indicate that this is what “all things,” “all these things,” and “all things which are written” refer to. There is not one clue to indicate that any of these statements refer to the totality of OT prophecy. That is a totally different topic.