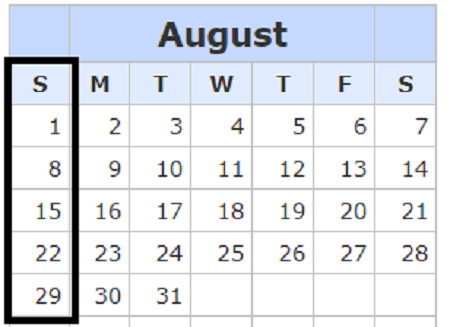 Why do the majority of churches today have their most important and best-attended services on Sunday? Where does that custom come from? Was Sunday a special day for the church of the first century? What meaning does Sunday have in your life?

The answer to all these questions takes us back to the most astounding event in history: the empty tomb. To correctly interpret the day of the resurrection, we must understand the numbering of the days of the week. Today, Saturday and Sunday are often called the “weekend,” making Monday the first day of the “work week.” However, from the time of the Roman Empire until the 21st century, Sunday has been and is the first day of the week. Just check your English dictionary.

Luke 24 tells of events “upon the first day of the week” (verse 1). Verse 13 says two disciples were walking to Emmaus “that same day.” After they mention Jesus’ death, the disciples add: “today is the third day since these things were done” (verse 21). Verses 7 and 46 mention Jesus’ prediction: “the third day rise again.” Carefully considering all five verses, we have irrefutable proof that the third day from the crucifixion was the first day of the week. Jesus rose on Sunday!

All history pivots around what took place that glorious Sunday. Jesus came out of the tomb never to die again. He did save Himself! He did it in a way far more powerful, glorious and meaningful than “simply” coming down from the cross. Neither the tomb nor Hades, itself, could hold Him! Jesus conquered death, sin, and Satan. This Good News has been proclaimed around the world for almost 2,000 years! Jesus is not dead! He lives! It happened on Sunday. Like a modern gospel song so beautifully expresses it: “It’s Friday, but Sunday’s coming!”

The apostle John wrote that he received the Revelation “on the Lord’s Day” (Rev. 1:10). What day did he mean? There are three possibilities to consider: 1) Saturday (the Sabbath); 2) the final Judgment Day; and 3) Sunday (the first day of the week).

As for the first possibility, Jesus was in fact the Lord of the Sabbath while He walked this earth. But John received the Revelation 65 years after the death of Jesus. As Paul stated, by means of his death, Jesus was “blotting out the handwriting of ordinances… nailing it to the cross” (Col. 2:14). A few examples of those ordinances are given two verses later. Among others are the “Sabbaths.” Jesus nailed them all to the cross! After that, the Sabbath could no longer be the Lord’s Day.

This leaves only one possibility. John meant that he received the Revelation on Sunday. Sunday is the day on which the Lord Jesus Christ triumphed over all the forces of the evil one, rising from the dead. Sunday is the day He proved He was and is Lord. The first day of the week is, indeed, “the Lord’s Day”!

The Lord’s church and His New Testament became a reality on Sunday. It was at the Jewish feast of Pentecost (Acts 2). This feast was set by counting “the morrow after the seventh sabbath shall you number fifty days” (Lev. 23:16). The day after any Sabbath is the first day of the week. So, Pentecost fell on Sunday. Not only did Jesus rise from the dead on Sunday, but He started His Church on Sunday. It is the Lord’s Day.

“The Bread Which We Break”

In 1 Cor. 11:17-22, Paul admonishes the saints concerning what was happening “when you come together in the church.” Using a question, Paul tells them where they should eat their daily bread: “Have you not houses to eat and to drink in?” Reproving them for not doing what they should have been doing in the church, Paul tells them that it should be “to eat the Lord’s Supper.” Therefore the pattern is: daily bread in their houses and the Lord’s Supper when they came together as a church.

At the end of Acts 2, there are two references to breaking bread. A close look shows that they do not refer to the same thing. In 2:46, it is “breaking bread” “daily” and “from house to house.” That would be “daily bread.” But in 2:42,  “breaking of bread” is part of a list of spiritual matters in which the church “continued steadfastly.” It must be the Lord’s Supper.

All this should help to interpret Acts 20:7-12. “Upon the first day of the week, when the disciples came together to break bread, Paul preached unto them. The disciples came together to break bread, and Paul preached a very long sermon. It all points to a spiritual meeting of the church. The natural conclusion is that the breaking of bread in verse 7 was the Lord’s Supper.

But what of the breaking of bread in 20:11? One way to answer the question is to see what day it was. Paul was “ready to depart on the morrow” (verse 7). That would be the second day of the week. And, he did in fact leave at “break of day” (verse 11). So the text is clear that Paul left early Monday morning.

“On the First Day of the Week”

Common meals are eaten daily. But how often is the spiritual “breaking of bread” to take place? 1 Cor. 11:26 says “as often as you eat this bread and drink this cup.” Acts 2:42 says that they “continued steadfastly… in breaking of bread.” No schedule is given in either text, but the wording leaves the impression it was done frequently. How often?

The text most commonly quoted is Acts 20:7: “Upon the first day of the week, when the disciples came together to break bread.” We have considered the evidence that this is the Lord’s Supper. This is not a command. It is rather an example under the watchful eye of the apostle Paul. The natural sense of the wording is that this was their custom.

Does this same book give any idea of when that was? Indeed it does! Read 1 Cor. 16:1-2. Some people interpret verse 2 to mean the brethren were supposed to set aside money at home. The fact is that scholars have had trouble translating the middle part of verse. That can be seen by just comparing several versions.

But verse 2 must agree with itself. Scholars are agreed on the latter part: “that there be no gatherings (collections) when I come.” Now, if everyone set aside money in his own house each week, then all that money would still have to be gathered when Paul came. But that is precisely what Paul wanted to avoid.

Paul wanted the collections made before he came. The only meaningful way and place to do that would be “when you come together in the church… when you come together therefore into one place” (1 Cor. 11:18-20). When and how often was this to be done? Scholars have no trouble with the opening words of the verse: “Upon the first day of the week” (1 Cor. 16:2).

When we combine the information in chapters 11 and 16 of 1 Corinthians, we come to the conclusion that the early church met together every Sunday. Among other things, they broke bread and had a collection/gathering.

Did the Catholic Church Change the Sabbath to Sunday?

Sabbath keepers reject these arguments for Sunday. They claim the early Christians kept the Sabbath. They say the Catholic Church and the Emperor Constantine started worship on Sunday in the Fourth Century. Is this true?

The Encyclopedia Britannica, Eleventh Edition, in the article on Sunday, mentions “a constitution of Constantine in 321 A.D., enacting that all courts of justice, inhabitants of towns, and workshops were to be at rest on Sunday.” What does the decree establish? That all “should rest on Sunday.”

Constantine, for the first time in history, legalized Sunday as a day of rest. He originated “blue laws.” This was his idea of how to help the Christians do what they had already been practicing for three centuries: assembling for worship on Sundays.

Let’s listen to Christians of the second century, who lived before Constantine, and before the Roman Catholic Church. They were not inspired, but they tell us what the Christians then believed and practiced.

Ignatius lived from about A.D. 50 to 110. He was a disciple of the apostle John and died a martyr’s death about 15 years after John wrote Revelation.

In Ignatius’ Epistle to the Magnesians, (long version), chapter 9, Ignatius writes: “Let us therefore no longer keep the Sabbath after the Jewish manner… Let every friend of Christ keep the Lord’s Day as a festival, the resurrection day, the queen and chief of all the days… on which our life both sprang up again, and the victory over death was obtained in Christ.”

Justin Martyr is a famous Christian writer of the second century. He was born about A.D. 110 and became a martyr about A.D. 165. Justin wrote: “But the Gentiles, who have believed on him… they shall receive the inheritance… even though they neither keep the Sabbath, nor are circumcised, nor observe the feasts” (Dialogue with Trypho, a Jew, chapter 26). Justin thus places Sabbath keeping in the same category as circumcision.

Justin also wrote: “On the day called Sunday, all who live in cities or in the country gather together to one place, and the memories of the apostles or the writings of the prophets are read… when our prayer is ended, bread and wine and water are brought… and there is a distribution to each… and they who are well-to-do, and willing, give what each thinks fit… and in a word takes care of all who are in need. But Sunday is the day on which we all hold our common assembly, because… Jesus Christ our Savior the same day rose from the dead” (First Apology, chapter 67).

Justin is not just writing personal beliefs. He wrote this to the Emperor of the Roman Empire, explaining what the Christians in general were doing 50 years after the death of the last apostle. They were not Sabbath keepers. Rather, “Sunday is the day on which we all hold our common assembly, because… Jesus Christ our Savior the same day rose from the dead.” Among other things, in the assembly every Sunday, they partook of the Lord’s Supper and had a collection!

Neither Constantine nor the Church of Rome changed the day of worship from Saturday to Sunday. On the contrary, the Church of Christ, from the days of the apostles to the present time, has always gathered together the first day of the week, the day of the Lord’s resurrection, in order to commemorate His death in the Lord’s Supper. Every Sunday. Fifty-two times a year!

Sunday Is the Lord’s Day

The true church remembers the death and resurrection of Christ 52 times a year. It has done so for 2,000 years! It will continue to do so till He comes!

If Jesus is your Lord, you will gather with the Lord’s Church to partake of the Lord’s Supper every Lord’s Day.

Tags:Old vs. New Testament
previousInsight #240 — Which Is the First Book of the NT?
nextInsight #242 — “Jehovah’s Witnesses” Change the Bible (in-depth study)