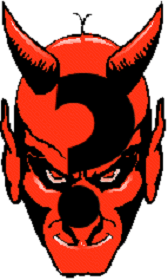 “How you have fallen from heaven, morning star [Lucifer], son of the dawn! How you are cut down to the ground, who laid the nations low! You said in your heart, ‘I will ascend into heaven! I will exalt my throne above the stars of God! I will sit on the mountain of assembly, in the far north! I will ascend above the heights of the clouds! I will make myself like the Most High!’ Yet you shall be brought down to Sheol, to the depths of the pit.”

Where is Lucifer in this text? It depends on your Bible. Only a minority of English Bibles contain the word “Lucifer.”

Isaiah 14:12 is the only text where the term “Lucifer” appears in any English Bible. Most English Bibles translate the Hebrew term as “Day Star, shining star, morning star, star of the morning, shining one, light bringer, or bright star.”

“Lucifer” is a Latin word. It was used by Jerome in the Latin Vulgate near A.D. 400. However, Jerome did not use “lucifer” as a name for Satan or anybody. The term appears four or five times in the Vulgate and always in lower case: “lucifer.” “Lucifer” is a compound Latin word meaning “light bringer.” Thus, “lucifer” seems a rather good translation from Hebrew to Latin. However, from Latin to English is a totally different story.

To me, the most interesting verse in the Vulgate where Jerome translated “lucifer” is 2 Peter 1:19: “We have the more sure word of prophecy; and you do well that you heed it, as to a lamp shining in a dark place, until the day dawns, and the morning star [lucifer] arises in your hearts.” Is the morning star here referring to prophecy, or to the result of learning about prophecy, or to Jesus himself? I have not dug into that. In any case, it surely is something for the people of God to have in their hearts. The last few words of this verse in Jerome’s Vulgate read “and lucifer arises in your hearts.” Obviously, Jerome did not want Satan in our hearts. For Jerome, “lucifer” was in no way a name for Satan!

We could go on and on, digging deeper into the term “Lucifer.” Suffice it to say that when “lucifer” was originally used in the Latin Vulgate, it was clearly not a term for Satan. As best as I could find out, it was centuries later that “Lucifer” first began to be used as a name for Satan. In summary, “Lucifer” is not a Bible name for Satan.

What “Lucifer” means in present-day English is totally different from what “lucifer” meant in yesterday’s Latin. For that reason, “Lucifer” in a present-day English Bible is a bad translation –  actually not a translation at all. The fact that a modern English dictionary gives “Satan” as one of the meanings of “Lucifer” in no way proves that the Hebrew word “helel” included the slightest idea of Satan. So, let’s now move beyond the term to the text itself.

There are those who believe that the idea of falling from heaven in Isaiah 14:12 must refer to Satan because that is what other verses tell us about Satan. Yes, Luke 10:18 plainly speaks of Satan falling from heaven. And, Rev. 12:7-9 clearly tells of Satan being thrown down from heaven to earth. Does this mean that, because Isaiah sounds similar to Luke and Revelation, that Isaiah must have been speaking of Satan?

As already noted, most translations in English render “helel” as a star, shining, morning, etc. So, Isaiah was talking about a star falling from heaven. “Stars” are frequently used in Scripture, just as in every-day English, to represent outstanding people: movie stars, football stars, etc. From Genesis to Revelation we find this usage. The stars in Joseph’s dreams represented his brothers (Gen. 37:9-10). In the first chapter of Revelation, “the seven stars are the angels of the seven churches” (1:20).

The idea of stars falling or being thrown down from heaven is seen more than once in Scripture. Daniel 8:10 speaks of the little horn of the goat (Greece), who “grew great, even to the army of the sky; and some of the army and of the stars it cast down to the ground.” In Revelation, chapter 6, we read that “the stars of the sky fell to the earth, like a fig tree dropping its unripe figs when it is shaken by a great wind… The kings of the earth, the princes, the commanding officers, the rich, the strong, and every slave and free person, hid themselves in the caves and in the rocks of the mountains” (6:13-15). Since there are still caves for all the people to hide themselves, this cannot be the end of the world with literal stars falling on the earth. Just one literal star falling on the earth would obliterate it. So, this is another Scriptural case of the fall of outstanding people.

In short, Satan is not the only one spoken of in Scripture as falling from or being cast out of heaven. Thus, falling from heaven offers no support to the claim that Isaiah 14 refers to Satan.

Another claim is that since Isaiah speaks of striving to be equal to God, it must refer to Satan. Not at all. It is usually understood that pride was involved in Satan’s rebellion against God. Paul seems to imply that in 1 Tim. 3:6, when he includes in the qualifications of bishops: “not a new convert, lest being puffed up he fall into the same condemnation as the devil.”

Puffed up. Many are the texts that speak of the problem we all have with pride. The king of Babylon, as recorded in Daniel 4, was forcefully humbled by God, so that he would learn that God is God and man is man.

Probably the most forceful example is the “man of sin” in 2 Thess. 2, who “opposes and exalts himself against all that is called God or that is worshiped; so that he sits as God in the temple of God, setting himself up as God” (2:4). This is speaking of someone under Satan’s influence, but he is a “man.”

Thus, pride to the extent of seeking to be like God offers no basis for the claim that Isaiah 14 refers to Satan.

Speaking of a “Man”

The whole context of 13:1 to 14:23 is the fall of Babylon. God is going to stir the Medes against Babylon, and (eventually) Babylon will be like Sodom and Gomorrah (13:19).

Notice verse 14:11: “Your pomp is brought down to Sheol, with the sound of your stringed instruments. Maggots are spread out under you, and worms cover you.” This is the picture of a dead man, not a spiritual being. The whole context around 14:12 is Babylon and the king of Babylon.

A Text Out of Context

We have seen that there is no good reason to think that Isa. 14:12 veered from the context of Babylon and its king. There is nothing in Isa. 14:12-15 that does not apply to the king of Babylon. Why should we be sidetracked from the real topic of Isaiah 14 and thus undermine its message of God dealing with pagan Babylon?

The practice of taking verses out of context is virtually as old as the Scriptures themselves. Someone has well said, “A text out of context is a pretext.” This is not a special rule for Bible study. It is a rule for understanding what the boss told you to do. It is a rule for properly interpreting the daily news. It is a rule for quoting people with fairness. How often do we hear the complaint that “my words were taken out of context.” All communication becomes garbled when we remove a text from its context. The world suffers too much from such inconsideration. It is far more serious when we do this with the Holy Word of God.

Tags:Believers Disagree
previousInsight #261 – Order of Melchizedek
nextInsight #263 – Who Is My Neighbor?