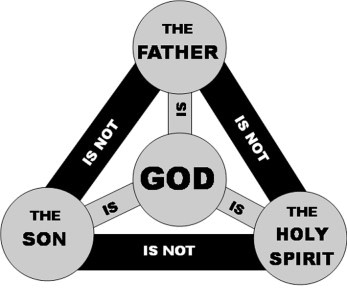 Few topics in life are as vitally important as the nature of Jesus of Nazareth. Who was/is Jesus anyway?

Aside from Scripture, there is no way to “argue” about this issue. We may use human logic and evidences to help us toward faith in the Bible as the Word of God. But there is neither human logic nor human evidences to lead us to the truth about the nature of Jesus. Once we accept the Bible as God’s revelation to man, it is totally a question of what Scripture tells us about Him.

The Son of God

One day, Jesus introduced the issue by asking His apostles who the Jews thought He was. They replied that people thought He was John the Baptist, Elijah, Jeremiah, or some other prophet. Jesus was not satisfied with this reply. He asked what they thought. Peter replied: “You are the Christ, the Son of the living God.” Jesus commented that Peter did not get this idea from “flesh and blood,” but that it was revealed to him by “my Father who is in heaven” (Matt. 16:13-18).

Not logic, not human ideas, but a revelation from the God of heaven. Jesus was/is “the Son of the living God.” Well over one hundred times in the NT Jesus is referred to as God’s Son: “the Son of God,” “the Son of the Highest,” “His only begotten Son,” “My beloved Son,” “His Son Jesus Christ,” and other variations.

In the OT, the name “Jehovah” (Hebrew YHWH) is found over 6,000 times. The Greek NT does not use the Hebrew letters, nor does it translate the name. Rather, the NT writers use the term “Lord” (kurios) when translating YHWH from the OT.

These same NT inspired writers refer to Jesus as “Lord” (kurios) more than 150 times. Very common is “Lord Jesus,” but the variations are many: “Jesus is Lord,” “Lord and Savior Jesus Christ,” “His Son, Jesus Christ our Lord.” Many times it is only the context that clearly shows that “Lord” refers to Jesus, such as “James, the Lord’s brother,” “the body and blood of the Lord,” and “the word of the Lord” followed by a quotation of Jesus.

Often when the NT mentions “the Lord,” it is not clear if it refers to the Father or the Son. We usually don’t even ask the question. Why should we? In many cases, what difference does it make? The Father is Lord. The Son is Lord. They are one.

The Gospel of John begins just like Genesis: “In the beginning.” But instead of “In the beginning God,” John writes, “In the beginning was the Word, and the Word was with God, and the Word was God.” The last two phrases seem so contrary to each other that if one NT writer had said “the Word was God” and another had written that “the Word was with God,” critics would jump on them as a contradiction. If John had written these two phrases chapters apart, he might be accused of contradicting himself. But writing as he did, one phrase immediately following the other, we are forced to consider a unique relationship between the Father and the Son.

Verse 14 makes clear that the Word is Jesus when it says: “The Word became flesh, and lived among us. We saw his glory, such glory as of the one and only Son of the Father.” The Word became Jesus on earth. Since “the Word was God,” Jesus is God. At the same time, Jesus was “with God.” So, they are both two and one. Some say this is a mathematical contradiction. But this is not math. This is spiritual divinity. What do we know about the divine nature except that which is revealed to us?

A further indication of the divinity of Jesus is seen in the issue of worship. “You shall worship the Lord your God, and you shall serve him only” (Luke 4:8). Combine that with “when he [the Father] brings in the firstborn into the world he says, ‘Let all the angels of God worship him'” (Heb. 1:6). God Himself commands the angels to worship Jesus. In the last chapter of the Bible, John “fell down to worship before the feet of the angel who had shown me these things. He said to me, ‘See you don’t do it! I am a fellow bondservant with you… Worship God.'” (Rev. 22:8-9). Angels refuse worship because they are not God. Thus, Jesus is not an angel. God told angels to worship His Son; so, the Son is God.

The specific terms “God the Father” and “God our Father” are found two dozen times in the NT. Various times when Scripture just says “God,” the context shows plainly that it is speaking of the Father. The prime example: “God so loved the world, that he gave his one and only Son.” Obviously there, “God” is the Father. In the NT God is called “Father” over 250 times.

Reminds one of the question little children (and materialistic philosophers) ask: “Who made God?” A mother is always before a son. Thus, if Mary is the mother of God, then she is before God and she is god. That is blasphemy. John clarified, “In the beginning was the Word… The Word became flesh” (John 1:1, 14). Yes, Mary was before Jesus in the flesh; but Jesus was before Mary in the spirit. Mary is not the mother of God. Rather, the Lord Jesus Christ is Mary’s Master and Maker!

Scripture teaches us that Jesus is God. It also teaches us that He is the Son of God, which makes God His Father. If we want to speak as the Scriptures speak, nearly always when we say “God” we will be speaking of the Father. We will speak of Jesus as the Son of God and Lord. We will also refer to the Father as Lord. They are two, but they are one. “The Word was with God, and the Word was God.”