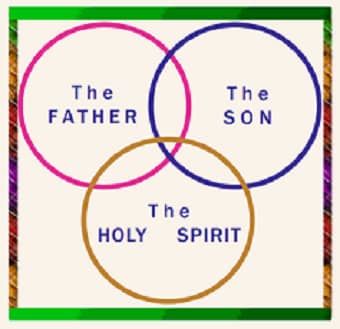 How should we speak of God?  As masculine, feminine, both, or neither? Should we refer to God in gender-neutral, inclusive, expansive language? Or should we just continue in the old-fashioned way of referring to God in masculine terms? The issue is so alive in some churches these days that it makes for news in the mainstream press.

Feminine Characteristics of God in the Bible

Most of us likely have not paid attention to Bible verses that refer to God in feminine terms. There are about a dozen such texts that are cited, mostly related to motherhood. In the past, more than once, I admitted that I would not have been a good mother. We think of motherly as tender, loving, caring, compassionate, comforting, affectionate, sympathetic, sacrificial, on duty 24/7.

There surely are some texts that speak of God in such motherly terms. For example, Psalm 131:2: “Surely I have stilled and quieted my soul, like a weaned child with his mother.” Also, Isaiah 66:13: “As one whom his mother comforts, so will I comfort you.” Beautiful figures of a loving God. Those who have experienced tender, compassionate mothers can surely relate to these verses.

Another verse cited as showing the motherly side of God is Isaiah 49:15: “Can a woman forget her nursing child, that she should not have compassion on the son of her womb? Yes, these may forget, yet I will not forget you!” A beautiful picture of a mother with her nursing infant. What mother would forget her baby? But this text says that, indeed, some mothers may forget – but God will not. God is better than a nursing mother!

Our attention is also called to Isaiah 42:14: “I will cry out like a travailing woman.” But the context? “Jehovah will go out like a mighty man. He will stir up zeal like a man of war. He will raise a war cry. Yes, he will shout aloud. He will triumph over his enemies. ‘I have been silent a long time. I have been quiet and restrained myself. Now I will cry out like a travailing woman. I will both gasp and pant. I will destroy mountains and hills, and dry up all their herbs.'” Feminine imagery? Only in crying out like a woman in labor. The rest of the imagery is God acting like a man of war. Hardly the gentle nature the text is supposed to portray!

I am reminded of Isaiah 40:17-18: “All the nations are like nothing before him… To whom then will you liken God? Or what likeness will you compare to him?” God is so far above all male and female attributes. God is so far above everything that exists. All the descriptions of God in Scripture are inadequate to express the infinite nature of the Almighty Creator! Any comparison is limited. God is in some ways like a fortress, a mother, a shepherd; but in other ways God is not like any of them. God transcends all.

The issue in the twenty-first century is not if God is male or female or both or neither. Citing texts that compare God to certain persons or things ignores the real issue. The issue is this: should we talk of God – and to God – in gender-neutral terms?

How God is Addressed in the Bible

And what about the Son? Jesus is referred to as “Son” 225 times. Of course, nobody disputes that Jesus was a boy, then a man, a male. And, of course, if you believe in the divinity of Jesus, then it is beyond dispute that when Divinity took on flesh, He took it on in male form. “Father, Son, and Holy Spirit” comes from Jesus’ mouth (Matt. 28:19). Are some people daring to correct Jesus?

“Father” 267 times and “Son” 225 times makes half a thousand proofs that God wants us to refer to Him in masculine terms. Whatever conclusions we may draw from that – whatever that may affirm or not affirm – an agenda that pushes for referring to God in gender-neutral terms is a worldly agenda, totally at odds with Scripture. Let us praise HIS Holy Name!

Tags:Current Issues
previousInsight #281 – Where Did Cain Get His Wife?
nextInsight #283 — “Gender X”