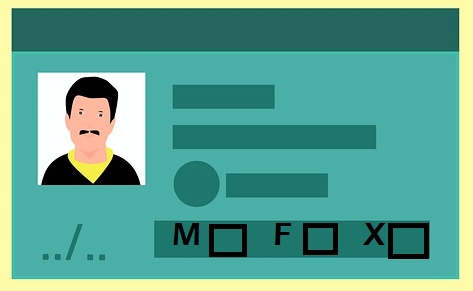 The headline slapped me in the face: “New York City Legalizes ‘Third’ Gender ‘X’ on Birth Certificates, Mayor Signs Bill.” This coming January 1 the law will become effective. Why did I get so upset now? I was already aware that this type of thing was happening in other places. Maybe it’s because NYC is less than 200 miles from my home. Maybe it’s because I lived in NYC for 18 years. Maybe it was just the straw that broke the camel’s back.

If I sound upset, I am. But I think I am in good company. Jesus warns us to “remember Lot’s wife!” (Luke 17:32). The Apostle Peter also reminds us of God “turning the cities of Sodom and Gomorrah into ashes, condemned them to destruction, having made them an example to those who would live ungodly; and delivered righteous Lot, who was very distressed by the lustful life of the wicked (for that righteous man dwelling among them, was tormented in his righteous soul from day to day with seeing and hearing lawless deeds)” (2 Peter 2:6-8). Peter reminds us of Lot himself. Yes, we can question Lot’s decision to even live there, and yet the Holy Spirit calls Lot “righteous” three times. And this righteous Lot was “distressed” and “tormented” – not by personal problems or suffering – but because of the “lustful life” and “lawless deeds” that he was seeing and hearing every day. Do we feel a connection with Lot?

In this Insight, I am not discussing those individuals who have most unfortunately been born with a birth defect, be it congenital heart disease, down syndrome, club foot, or some sexual abnormality. I am discussing people born physically normal.

Some time ago I wrote “A Fowl Fable” (pun intended). Today, I cannot help but talk plainly.

What Is Happening in the World These Days?

This coming January, New York City will allow individuals who are transgender, gender non-conforming, who do not self-identify as either male or female to change their own birth certificate – all without any medical authorization. The law was approved in the city council by a vote of 41 to 6.

Along with these new laws comes a whole new vocabulary. Some are perversions of old accepted words. “Gender” is now considered as something different from “sex,” thus rewriting the dictionary. We now hear of “sex assignment,” as if sex, any more than eye color or height or weight, can be assigned rather than simply recognized. “Identify as” comes to mean that you can consider yourself to be what you are not, including “the right to sexual determination.” Then there are new pronouns such as “theyby,” “ve,” “xe,” and “ze.” And there is “Mx.” to replace “Mr.” and “Ms.”

Which One Is Irrational?

Christians are sometimes accused of being irrational. We may be considered ignorant, behind-the-times, superstitious, and the like – because we believe in the supernatural.

• the girl who believes that the Creator could cause a virgin to become pregnant,
– or –
the girl who looks at her naked body and believes she is a boy;

• the person who agrees with biology that life comes only from life and therefore evolution can’t even get started,
– or –
the person who denies the biology of their own naked body?

The Bible warns us not to call anyone a fool. Jesus exclaimed, “Whoever shall say, ‘You fool!’ shall be in danger of the fire of Gehenna” (Matt. 5:22). However, God Himself does call people “fools” and “foolish.” The book of Proverbs is full of such language. And what believer has not heard, “The fool has said in his heart, ‘There is no God'” (Ps. 53:1)?

Romans 1 contains a scathing rebuke of those who do not recognize God. “Because, knowing God, they didn’t glorify him as God, neither gave thanks, but became vain in their reasoning, and their senseless heart was darkened. Professing themselves to be wise, they became fools” (Rom. 1:21-22). Following that is a long list of sins that result. And the one sin that is not just listed but discussed in two verses is homosexuality and lesbianism: “For this reason, God gave them up to vile passions. For their women changed the natural function into that which is against nature. Likewise also the men, leaving the natural function of the woman, burned in their lust toward one another, men doing what is inappropriate with men” (Rom. 1:26-27).

But today, we are moving even beyond that. It is no longer just women with women and men with men. It is men claiming to be women and women claiming to be men, and either one claiming to be neither one. Not only that, but governments around the world are rapidly legalizing the irrationality of it! They are making false IDs legal. And, yes, I haven’t even mentioned the bathroom issue. There is much more fake going on than just fake news.

God have mercy! “God so loved the world…” And He still does love the world. But it is also true that
“The wisdom of this world is foolishness with God” (1 Cor. 3:19).