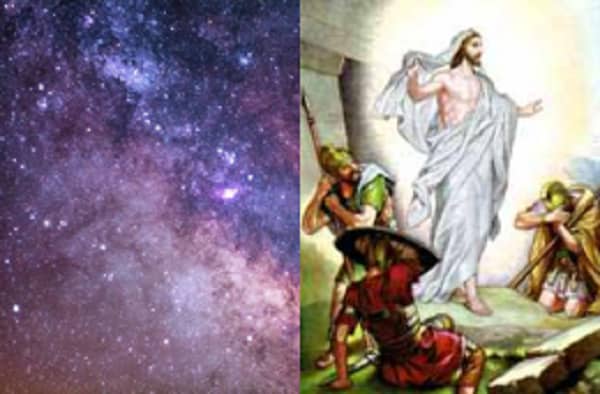 What do you consider to be the two most consequential miracles of all time? Whatever your choices may be, consider with me the creation of the universe and the resurrection of Jesus Christ.

Creation of the Universe

We all know the Bible begins with “In the beginning God created…” Less known is the same theme in the last book: “Worthy are you, our Lord and God, the Holy One, to receive the glory, the honor, and the power, for you created all things” (Rev. 4:11).

God’s creation is highlighted throughout the Bible. “The heavens declare the glory of God. The expanse shows his handiwork… [we are] fearfully and wonderfully made. Your works are wonderful” (Ps. 19:1; 139:13-14). Whether using telescopes, microscopes, or the naked eye, “the invisible things of him since the creation of the world are clearly seen, being perceived through the things that are made, even his everlasting power and divinity” (Rom. 1:20).

God’s authority over us is based on being our Creator. “Woe to him who strives with his Maker… Know that the Lord, he is God. It is he who has made us, and we are his” (Isa. 45:9; Psalm 100:3). We and all we have belong to God, our Maker. All the modern scientists producing great feats are like ants working in an anthill – compared to our Creator making this fabulous universe. What can be more important than listening to our Maker?

The four Gospels make up nearly half of our NT. Each Gospel relates selected details of Jesus’ life. Only two offer details of His birth. Only three record His baptism. Only two tell of His ascension. But all four Gospels emphasize Jesus’ resurrection.

There would be no such thing as Christianity were it not for Jesus’ resurrection. Yes, Jesus died to save us. Yes, only His blood washes away sin. But a dead savior is no savior at all. The Apostle Paul plainly says that “if Christ has not been raised, your faith is vain; you are still in your sins… But now Christ has been raised from the dead” (1 Cor. 15:17, 20). Jesus’ resurrection turned seeming tragedy into glorious victory.

In His lifetime, Jesus worked innumerable miracles-wonders-signs. However, His resurrection was so much greater than all of them that He actually told the unbelieving Pharisees that His resurrection was His only miracle-sign: “An evil and adulterous generation seeks after a sign, but no sign will be given to it but the sign of Jonah the prophet. For as Jonah was three days and three nights in the belly of the huge fish, so will the Son of Man be three days and three nights in the heart of the earth” (Matt. 12:39-40).

In spite of all His miracles and teachings, after Jesus’ arrest Peter actually swore that he did not know Him. After Jesus’ death, before they knew He had risen, “the doors were locked where the disciples were assembled, for fear of the Jews” (John 20:19). But after His resurrection (and ascension and outpouring of the Holy Spirit), the apostles became fearless witnesses of Jesus. The founders of all other religions are dead. Jesus changed everything by coming out of that tomb. He lives!

The Bible is built around the Creator God and the risen Jesus. The creation and the resurrection are the realities upon which all else hangs. They speak of physical life and spiritual life. They speak of where we came from and where we are going. What miracles are more consequential than these two? What miracles are greater and more influential in your life – and my life – than these two? Blessed be the name of the Lord!

Tags:Supernatural: Then & Now
previousInsight #335 – What’s Behind Abortions?
nextInsight #337 – Why Bother with the OT?